Who Is Jonah Hill Going To Play In ‘THE BATMAN’? 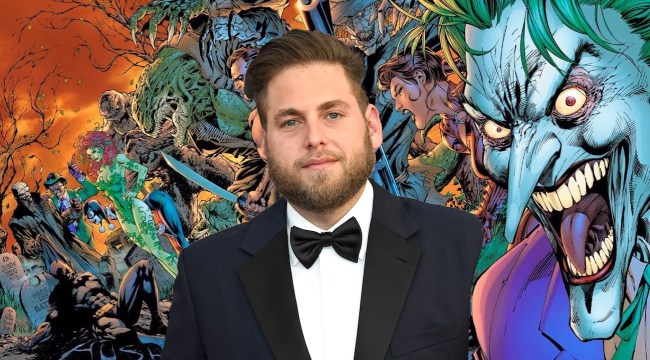 Yesterday, for the first time since Robert Pattinson was cast as Bruce Wayne, major casting news about The Batman was announced, as it was reported that Jeffrey Wright (Westworld)) was in talks to play Commissioner Gordon and that Jonah Hill (The Wolf of Wall Street) was in talks to portray one of the film’s main villains.

While Hill has yet to sign on for a specific role, given his general stature and appearance, the natural choice seems like it would be Oswald Cobblepot, a.k.a Penguin. However, according to The Hollywood Reporter, Hill is also being considered for the role of Edward Nygma, a.k.a. Riddler.

A two-time Academy Award winner, Hill is a home run of a selection for either role, particularly if he ultimately signs on to play Edward Nygma, as it would certainly be an outside-the-box selection.

In addition to Penguin and Riddler, Batman rogues such as Catwoman and Firefly have also been rumored to be featured in the film.

The Batman — which will be directed by Matt Reeves (Dawn of the Planet of the Apes) and is set to be released on June 25, 2021 — is reportedly based on the iconic The Long Halloween storyline and will include “multiple” Batman rogues, according to director and industry insider Kevin Smith.

Written by Jeph Loeb with artwork by Tim Sale, The Long Halloween — which was first released in 1996 — is filled with legendary Batman villains and is widely considered to be one of the greatest Batman stories ever told.

With production set to begin in either late 2019 or early 2020, it appears that Warner Bros. has finally found the correct path for their most valuable character.