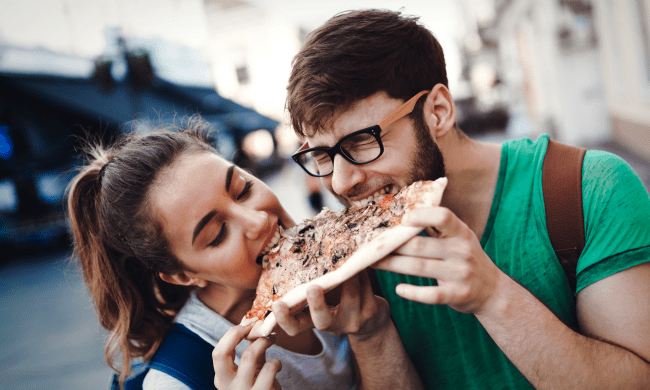 Scientists may have finally uncovered with new research the reason why some people can’t stand the sound of others eating, i.e. why chewing sounds drive some people crazy.

The condition, known as misophonia, is more than just the hatred of the sound of someone chewing on their food. According to WebMD, misphonia “is a disorder in which certain sounds trigger emotional or physiological responses that some might perceive as unreasonable given the circumstance.”

While treatment of misphonia is often done by combining sound therapy, counseling, and occasionally a hearing aid to distract from triggers, the reason why people suffer from this condition has always been unclear.

Now, however, researchers led by Newcastle University, for the first time, brain scans have revealed stronger connectivity in the brain between the auditory cortex which processes sounds and the motor control areas related to the face, mouth and throat in those with misophonia.

“What we are suggesting is that in misophonia the trigger sound activates the motor area even though the person is only listening to the sound,” said lead author Dr. Sukhbinder Kumar. “It makes them feel like the sounds are intruding into them.”

Dr. Kumar continued, “What surprised us was that we also found a similar pattern of communication between the visual and motor regions, which reflects that misophonia can also occur when triggered by something visual.

“This lead us to believe that this communication activates something called the ‘mirror system’, which helps us process movements made by other individuals by activating our own brain in a similar way – as if we were making that movement ourselves.

“We think that in people with misophonia involuntary overactivation of the mirror system leads to some kind of sense that sounds made by other people are intruding into their bodies, outside of their control.

“Interestingly, some people with misophonia can lessen their symptoms by mimicking the action generating the trigger sound, which might indicate restoring a sense of control. Using this knowledge may help us develop new therapies for people with the condition.”

Tim Griffiths, Professor of Cognitive Neurology at Newcastle University, added, “The study provides new ways to think about the treatment options for misophonia. Instead of focussing on sound centres in the brain, which many existing therapies do, effective therapies should consider motor areas of the brain as well.”

Misophonia affects between 6 to 20 percent of people, however those with the most severe cases can find themselves unable to tolerate family, work, public or social situations as a result.