Here’s Why Whale Poop Is An Absurdly Expensive Item At $7,000 Per Pound…Yes, Whale Poop 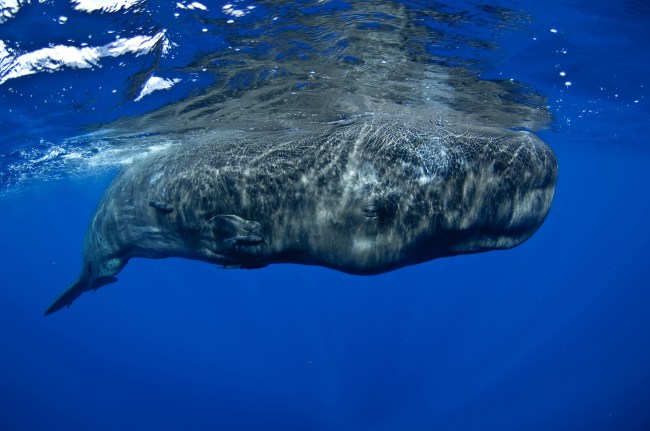 Whale poop, known as ambergris, often costs more than silver and in some instances it can cost 30x the amount of silver. It’s an essential ingredient in the making of perfume/cologne. Chances are, if you’ve ever sprayed on a fine fragrance then you’ve doused yourself in whale shit.

This clip from Business Insider Video breaks down why whale poop can sell for $7,000 a pound, making it one of the most expensive natural substances on the planet. I’ve also included some to the video’s transcript below for you people who’d rather read than watch a video, but let’s check it out:

Fascinating, right? Even hearing the explanation it’s hard to believe that whale shit is so valuable. I’ve read about people finding huge chunks of this whale poop on the beach before and being able to sell it for thousands and thousands of dollars.

Here’s part of the transcript from the video above:

Ambergris is essentially a clump of squid beaks bound by a fatty secretion. Over time, it balls up in the intestine of some sperm whales. And eventually …. Out it goes. Now, in the strictest sense it’s not poop, but scientists think it likely exits the same way.

Christopher Kemp: “One way or another, a big boulder of ambergris is released into the ocean and then floats for decades, or who knows how long.”

In that time, the mass transforms from a sticky, dung-like substance into a hard, gray chunk. And this is what perfumers covet. For one, it contains a unique chemical called ambrein. It’s a fixative, which means it makes other smells in perfume last longer. But ambergris is also valued for something … more surprising: it’s smell.

The scents from ambergris make up the foundation of a fine fragrance, bottles selling for $500 or more. Scientists don’t know why but only ~1% of sperm whales produce ambergris so it’s incredibly rare, that’s another obvious reason for the cost.

Some say that it’s never a great idea to sell products that come from endangered animals like the Sperm Whale but it’s not exactly like people are out there grabbing up ambergris from live whales. This stuff’s incredibly hard to find and no whales are even touched when ambergris is harvested. I understand the sentiment though, there’s no reason to give poachers another reason to go after these whales, right?