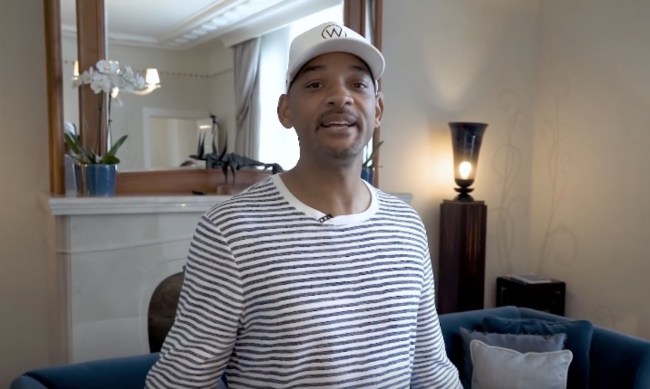 We’ve all met bonafide geniuses at some point in our lives. Some of you reading this might be one yourself. Their genius rants often toe the line between effervescent wisdom and incoherent bullshit. As it turns out, this is a very common theme in pitch meetings for movies.

Will Smith took to his YouTube channel earlier to share a story about how he’d originally been offered the role of Neo in The Matrix back in the 90s, a role that eventually went to Keanu Reeves. Will says he turned down the role because The Wachowski Brothers (Lana and Lilly) pitched him the role as nonsensical bullshit.

Here’s the clip with an explanation below:

Didn’t want to watch a video? Don’t worry, I’ve got you covered. Here’s the text explanation from Will Smith on why he passed on the role of Neo.

After we made Men in Black, the Wachowskis, they came in, and they had only done one movie, I think it was called Bound, and they made a pitch for The Matrix.

As it turns out, they’re geniuses, but there’s a fine line in a pitch meeting between a genius and what I experienced in the meeting. This is the actual pitch that they made for The Matrix. ‘Dude, we’re thinking like, imagine you’re in a fight, then you jump, imagine if you could stop jumping in the middle of the jump.’

Keanu was perfect. Laurence Fishburne was perfect. f I had done it, because I’m black, then Morpheus wouldn’t have been black. They were looking at Val Kilmer. I was gonna be Neo and Val Kilmer was gonna be Morpheus, so I probably would have messed The Matrix up. I would have ruined it. So I did y’all a favor. (via)

I love Will Smith. I think he can do no wrong. I’ve never been disappointed by a movie of his. With that said, Keanu Reeves was the perfect actor to play Neo and that movie wouldn’t have been near as revolutionary or impactful with Will Smith playing Neo.

Everything worked out for the best in the end but it’s always interesting to hear actors come out like this and discuss the legendary parts they let pass by.