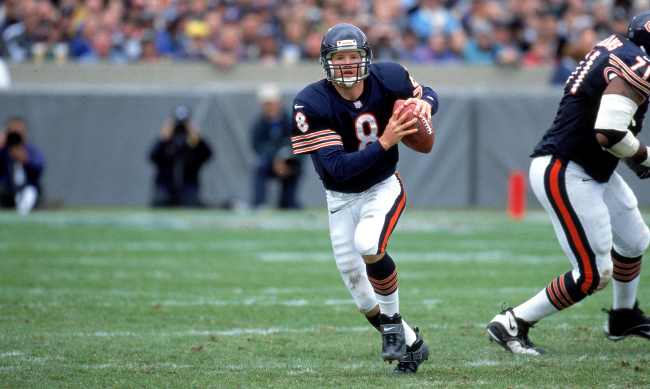 TMZ reports that Christina McNown was arrested after a lengthy investigation by law enforcement.

Christina, the daughter of actor John Brascia, allegedly “hatched and carried out a plan to steal hundreds of thousands of dollars in designer goods from philanthropist Sydney Holland.”

Police claim Christina McNown stole Holland’s purses, clothing and jewelry while working as an assistant and stylist for Holland over a 12 year period.

We’re told Holland — who famously dated Sumner Redstone for years — started to notice items missing here and there over the span of several months before connecting the dots to McNown.

What’s more, our sources say Holland noticed some of the stolen items pop up for sale online. McNown’s been arrested and charged with 4 counts of felony grand theft and is set to be arraigned in February.

Christina’s husband infamously held out of training camp after being selected by the Chicago Bears with the 12th pick in the 1999 NFL Draft. The Bears eventually gave in and signed the Bruins star to a $22 million contract.

Cade McNown ended up playing in only 25 games for the Bears, throwing just 281 passes with 16 touchdowns and 19 interceptions, before being traded to the Miami Dolphins where he was named the third-string quarterback and never played a down.

The following season, the Dolphins traded McNown to San Francisco, but suffered a season-ending shoulder injury and never played in a game for the 49ers before retiring.

Reactions to the news of his wife’s arrest by NFL fans, especially those who support the Bears, were rather predictable, especially considering many felt that Cade “stole” money from the Bears.

He's always been a POS. No surprise he married one.

Seriously didn't have a Cade Mcnown weird reference on my #2021BingoCard

I'm here for the Sportscentury: Cade McNown if 3/4 of it is about jewelry & luxury clothing heists by Mrs. McNown. Also, I thought he'd be a REALLY good NFL QB. Clear as day, I remember the Vikings taking Culpepper the pick before & thinking they'd messed up. OK then. https://t.co/hSKIMjhQJi

Cade McNown slides by on most of the ALL TIME HORRIBLE DRAFT PICKS lists, and I hope this is the catalyst that reminds people that he sucked ass

This news about his wife breaking now is certainly going to make Cade McNown’s induction into the College Football Hall of Fame on Tuesday a little awkward.