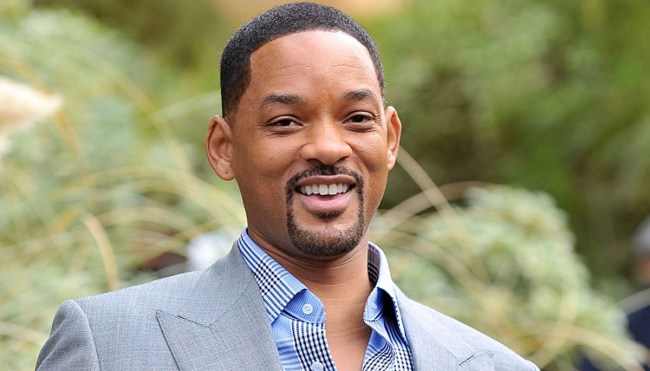 When Will Smith first burst onto the scene in the late 1980s with the help of his trusty sidekick DJ Jazzy Jeff, the aspiring hip-hop artist took a decidedly different approach than his musical counterparts who were ushering in the Golden Age of Gangster Rap.

The Philadelphia native initially made a name for himself as a squeaky clean rapper who lamented “Parents Just Don’t Understand” and warned “Girls Ain’t Nothing but Trouble,” which was a decidedly different approach from the West Coast crews who did not attempt to sugarcoat their violent lifestyles and had a tendency to refer to “girls” with some less flattering terms.

Of course, there’s a reason he was tapped to play the title character in The Fresh Prince of Bel-Air as opposed to the likes of Ice Cube and Eazy-E, and Smith would use that show as a springboard on his way to not only becoming one of the most bankable actors in Hollywood but one of the most marketable stars on the planet.

However, over the past couple of years, we’ve got a clearer look at some of the struggles Smith managed to largely conceal over the course of his career thanks in no small part to the massive kettle of tea Jada Pinkett Smith has been more than happy to spill. Last year, Smith’s reaction to his wife’s admission that she’d had a fling with a singer while they were separated got the Meme Treatment, but based on some new information that’s come to light, it seems like there may have been some jealously lurking under the surface.

On Monday, GQ published a wide-ranging profile of Smith featuring a variety of anecdotes plucked from an upcoming memoir. The actor says he was inspired to let loose after turning 50 thanks to a conversation he had with Denzel Washington, which led to him traveling the world by himself—a decision that also led to him participating in “more than a dozen ayahuasca rituals” in Peru.

In the article, we also learned Smith had had a conversation with an intimacy coach who got him to reveal the one thing he wanted more than “anything in the world”: a harem of women to accompany him on his globetrotting journeys.

The actor says his list of picks for the harem included Halle Berry and ballerina Misty Copeland, but when the coordinator actually encouraged him to contact them about the possibility of joining his crew, Smith realized that wasn’t actually what he wanted after all:

“What she was doing was essentially cleaning out my mind, letting it know it was okay to be me and be who I was. It was okay to think Halle is fine. It doesn’t make me a bad person that I’m married and I think Halle is beautiful. Whereas in my mind, in my Christian upbringing, even my thoughts were sins. That was really the process that let me realize that my thoughts were not sins and even acting on an impure thought didn’t make me a piece of s—t.”

It’s Will Smith’s world and we’re all just living in it.