Wolves Chase Actors, Run Through The Audience As Part Of Live Show In China 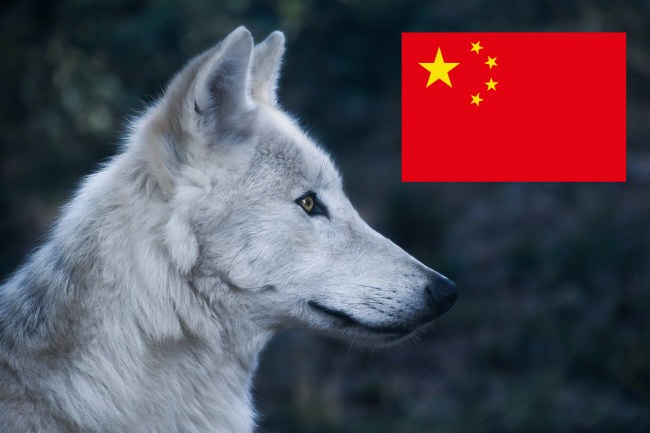 It’s a day that ends in ‘y’ so of course there’s some crazy story involving China floating around, and the latest involves live theatre and some very real wolves.

A recent video shows at least three wolves being released during scenes of a performance in which they not only chase the actors, but they make their way through the audience. The wolves don’t appear to be tied up to any sort of harness, either, we’re talking about giant wolves running around a packed theatre.

There’s one particular clip in the video that shows one of the wolves tackle one of the actors. The wolf attack is surely a part of the show, but that doesn’t mean it’s not unbelievably intense.

The show, according to Daily Mail, is called ‘Tuoling Legend’ or ‘The Legend of Camel Bell’ and is being performed in the city of Xi’an.

The original video was shared on Weibo, China’s social media platform, and was viewed over 430 million times.

The company that owns the theatre told CNN that the wolves have been “domesticated for three to four generations” and that they are “legally raised and trained by professional trainers” with no accidents occurring over the past three years.

You can’t really see it in the video, but according to the report the theatre has nets between the stage and seats so the wolves can’t reach the audience members.

We need to step our theatre game up over here in the States, that’s all I know.

Imagine the reaction if a director on Broadway tried to pitch a show that featured wolves. They’d be thrown in prison and have their life ruined by PETA before they even finished saying the word ‘wolves.’