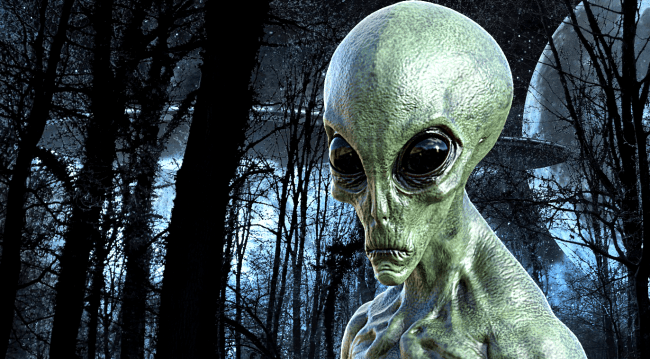 Sacha Christie of Liverpool, England says she has seen nine UFOs during her life and is now so spooked that she is afraid to leave her house or look up at the sky for fear of being abducted by aliens.

She claims to suffer from Post-traumatic stress disorder (PTSD) as a result of those nine UFO encounters, the first of which occurred when she was just 7 years-old.

“It’s very hard to explain my encounters, as it’s hard for me to believe what I’ve seen,” she explained, reports the Mirror.

“I’ve spent my whole life trying to think of other scenarios, of things that it could be, but the only conclusion is that it’s other life forms and UFOs.

“Looking at the sky, it scares me, as I don’t know what I’m going to see next.”

Her most frightening UFO sighting, 25 years ago, scarred her for life

Much of her trauma stems from a UFO sighting she had 25 years ago with her ex-partner Steve and her son Louie while on vacation in the town of Glyn Ceiriog, Wales.

“I saw Steve outside looking at the sky, I ran out there to see what was wrong. He was pointing at these fluorescent lights in the sky that seemed to be getting bigger the closer they moved towards us.

“As the clouds were so low, the shadows and shape of UFO made it look like bright rippling jellyfish in the sky. It was fascinating.

“That’s when something reached out of the hedge and touched Louie’s foot.”

It was then that things took a turn for the worse, she says.

“I stood there for another minute or so, when I suddenly heard something running barefoot in the mud behind me. All of a sudden, it bumped into me as it ran past and my chest exploded.

“Before I even realized it was happening, I was running back to the house in a panic, in complete hysterical blindness, I couldn’t see where I was going. I just knew I needed to run.”