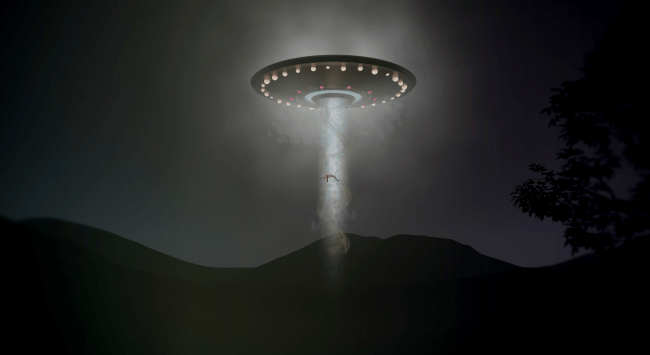 Apparently La Pampa, Argentina is the latest hot spot for alien abductions as for the second time in four months there have been reports of it occurring there.

The latest report of an alien abduction, which occured in Victorica, a town in the La Pampa Province, also sounds eerily similar to another that occurred back in November of 2021.

According to a report published by local news outlet Info Huella,

“There are as many abductions as there are guesses about whether they are true or not,” Info Huella reports. “But what does not change, in many cases – when it is who tells them in the first person – are the similarities in the story.”

Three Victorians returning from a trip experienced an episode that left them in awe with many questions and few answers.

“It was 12 o’clock at night, we returned to Victorica and as soon as we passed the arch of the border with La Pampa, we saw many lights,” they told Info Huella.

In the truck that was heading along Provincial Route 105, a couple and the son of one of them were traveling. All of legal age.

“When we saw the lights, the first thing we asked ourselves was if it was the Victorica Agrotechnical School that was illuminated, later we realized that it could not be, because we were far away.”

Here’s where the story gets really weird.

When they reached their destination, the GPS, which should have read zero kilometers to go still indicated that they had to travel about 26 kilometers.

Instead, they had, according to the GPS, just traveled 26 kilometers in a mere moment of time.

On top of that, once they arrived, the three people who were in the vehicle didn’t say anything or question what had happened.

“Only the next day we began to wonder and remember what had happened to us,” they reported. “Then we realized that everything was confusing. But we don’t know what it was or what happened.”

Back in November of 2021, a similar thing happened to a woman in the La Pampa Province and was reported on by local media outlet La Arena.

A woman, about 55 years old, was intensely searched for this Tuesday night in the rural area of Jacinto Arauz, by the police and volunteer firefighters, with trained dogs, after not having heard from her since morning hours, when she was last seen.

What’s more, a relative that was consulted said that the missing neighbor had made several calls from her cell phone to relatives, including her children, but a blast was always heard, like when the wind enters the microphone and around 7:00 p.m. she no longer responded.

The local police chief that trained tracking dogs had been able to follow her trail from her home for about 150 meters when they suddenly lost her scent.

The woman, according to her husband and family, could barely walk a half a mile, so they had no explanation for how she ended up so far away from home.

She ended up finally being found 65 kilometers away in the town of Guatraché, and like the most recent alleged alien adbuctees was initially unable to speak.

Her story, eventually given both in writing as well as verbally, involved a noise, a white light, and then mysteriously waking up on a road in Guatraché.