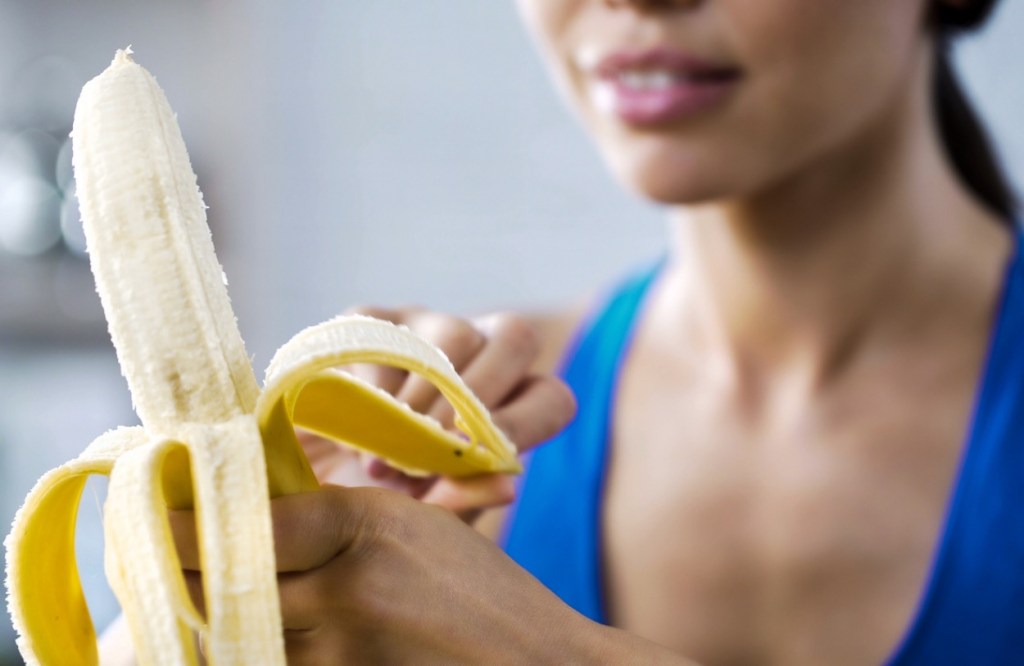 This story is insane. I’ve thrown the video right below for anyone who just wants to hit play. But I’ve also basically typed up the whole video below so if you’d rather read the play-by-play on what happens when someone fasts for 7 straight days (no eating) AND THEN eats 23 bananas, just read on.

The woman’s name is ‘KC’ and she noticed sometimes after fasting for a few days she could go without eating and then would lose a decent amount of weight. She also noticed that on the days she started eating again she’d have a severe headache after the first meal.

Hit play for her story:

During the past year and a half (since March 2020), KC thought she’d become less fit. So she tried to create a proper fasting schedule and push it for days at a time. She read someone online saying it was a way to suppress something someone called “hunger hormones” and a way to limit intake.

KC believed that eating more would just cause the body to release more “hunger hormones” which include Grehlin, Leptin, Peptides, Cortisol. She thought this was what had been happening to her since March 2020 when the world changed. She figured that by increasing the number of days that she’d fast for, it would push down the number of “hunger hormones” and signal to her body that it was time to get back into shape.

It started with fasting for a full day followed by a day with an 8-hour window where she’d allow herself to eat. This is pretty standard fasting behavior from what I’ve gathered aside from the ‘taking whole days off of eating’ portion. The following week she pushed for two days in a row without eating and the week after that she stretched it to three days without eating.

She started losing weight which was part of her goal but she ultimately wanted to get back into shape. One problem was she felt sluggish during her workouts and another problem was she started feeling worse on the days when she did eat again. So she did some “research” and learned about Refeeding Syndrome that can happen when someone leaves a fasting state too quickly.

Believing that she understood Refeeding Syndrome and how when taken to the extreme it would be incredibly dangerous she just pushed on. KC did this because she didn’t think she had a problem, or a syndrome, she was fiiiiiine. This all happened while she started pushing her fasting for more days at a time.

She then pushed fasting for up to a week straight without eating. Her body changed and she stopped getting her period. Clearly, something was wrong. But she worried that if she stopped fasting then all of “the work” would be for nothing. Since she was always going to eat at the end of every fasting period she assumed everything was gravy. Nothing could be wrong if you were always going to eat in a couple of days, right???

Soooooooo now we’ve reached the portion where she fasted for an entire week. 7 straight days without eating. KC was literally starving. This isn’t fasting, this is starvation. It doesn’t matter what she was telling herself, this is starving the body to very unhealthy levels.

She started refeeding by making ‘Beef Soup’ using beef broth. KC had read this was a good way to start refeeding again after a lengthy fast but she got the extreme headache. In the next few hours, she started drinking water and eating meat. The headache persisted for days. She could feel her heart beating inside of her head.

It was at this point that she was so hungry she started eating bananas. And then some more bananas. After that, she ate more bananas. Then she realized she had eaten TEN POUNDS worth of bananas and the kitchen was covered in banana peels. She was bloated, her headache was raging, so she started chugging water thinking it would help.

The last thing KC could remember was her legs started swelling. She passed out on the floor and her mother found her wheezing and sweating. Mom called 911. The paramedics brought her to the E.R.

Doctors immediately noted her actual body weight was lower than her ideal body weight and her BMI was low. The doctors treating KC didn’t have a handle yet on what was going on. KC kept drifting in and out of consciousness and seemed very confused. She tested positive for hypoglycemia (low sugar presence in blood).

The doctors started her on a glucose IV as this sort of explained why she appeared confused. But bananas are high in sugar so she should’ve theoretically been fine. What they found was she was deficient in other necessary vitamins. At this point, nobody but KC knows she fasted for an entire 7 days and then ate 23 bananas.

At this point, her blood pressure started dropping, her muscles began twitching, and her kidneys started failing. This was after they began to administer IVs with fluids thinking this would turn everything around.

Another blood test comes back with hyperglycemia, the opposite of the previous test. The test then showed she had low potassium. Again, bananas have potassium. So why would she be low in that? Basically, since all of that potassium entered her body and didn’t exit via a bowel movement, which it hadn’t, it meant the potassium had gone somewhere else.

Fasting can do some weird things to the body. When the body doesn’t get many new nutrients (while fasting) cells become more sensitive to new nutrients because they want to sense the arrival of those nutrients.

So after fasting for 7 days she initially started with a small amount of food (beef broth soup). This was a way to prime her cells to absorb new nutrients without overloading them with a ton of food. But then she went full bore and crushed 23 bananas (10 pounds). Her cells immediately absorbed all of this. The cells took in all the potassium.

Muscles need potassium to signal that it’s time to relax. Her muscles couldn’t relax because there wasn’t enough potassium floating around in her body after it was all gobbled up by the cells. The low magnesium prevented her kidneys from reabsorbing potassium. Then phosphate had been depleted over time because of the fasts and her body’s sensitivity to insulin caused any leftover phosphate to pack into cells even if the cells didn’t need it.

Taking a few steps back. Her body needed energy because she was incredibly nutrient deficient. But starting her on an IV of glucose was baaaaaaad because of her insulin sensitivity. Because she was incoherent when she went to the E.R. she wasn’t able to tell anyone that she’d been fasting so the bad got worse.

Basically, every single step along the way was met with the wrong reaction because her body was so depleted and fighting for any nutrient that was put into it that everything was gobbled up in the wrong places. She was incoherent. Her muscles were full-on twitching. Bad. Bad. Bad.