Woman Held Hostage For 17 Hours By Naked Intruder Gets Rescued Thanks To… Wordle? 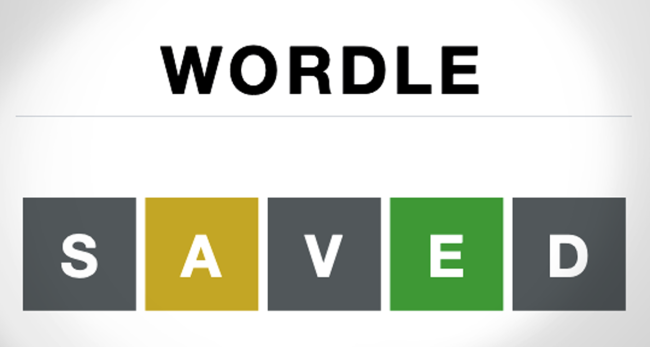 You can’t go 10 minutes on Twitter in the morning these days without seeing those ubiquitous yellow, green and gray squares associated with the viral word game Wordle.

80-year-old Denyse Holt of Lincolnwood, Illinois was asleep in her bed Sunday night when she was awoken by something straight out of a nightmare.

An intruder, identified as 32-year-old James H. Davis III, had slid into her bed, naked, bleeding, and holding a pair of scissors. Davis reportedly had cut himself breaking a window to gain entry into Holt’s home.

“I was in shock,” Holt told CBS Chicago.

The man then reportedly proceeded to order her to take a shower with him. Instead, he settled for her taking a bath with him, while she was fully clothed, wearing a nightgown.

That completed, she says he walked her around the house, disconnecting all of the phones, grabbing a couple of knives from the kitchen along the way.

She was then barricaded in a bathroom in the basement.

“I didn’t think I was going to live,” said Holt.

For 17 hours, Holt was stuck in that bathroom without her medications, food or heat.

The next day, halfway across the country in Seattle, Denyse Holt’s daughter Meredith Holt-Caldwell noticed that Denyse hadn’t shared her Wordle with her or replied to any of her texts.

Related: Wordle Fans Go HAM On Tech Guy Who Dared To Copy The Game And Make It An App

Meredith, concerned, contacted Lincolnwood police to do a well check on her mom.

They ended up in an several hour long standoff with the man before a SWAT team used a stun gun through a hole in the door to capture him.

“I never thought in a million years this is what was happening, but it was,” said Holt-Caldwell.