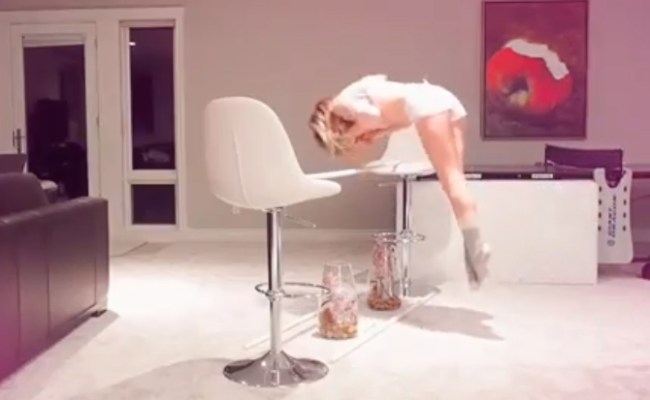 Every little girl wants a pony. Problem is horses are crazy expensive. The solution: Turn yourself into a horse. Apparently, the internet is loving videos of women jumping like horses. A video of a woman jumping like a horse has gone viral this week because this is the internet, what else did you expect?

Meet Ayla Kirstine, a woman who jumps like a horse. This Norweigan woman went viral on the internet this week because of her very particular set of skills — she gallops and jumps like a horse. On her hands and feet, she runs and then jumps over objects.

Ayla was heralded on German Twitter where she was called “Pferdemädchen,” a German word that is translated to “horse lady” or “horse girl.” The video of Ayla galavanting and sauntering all around as a horse is set to Billie Eilish’s lovely featuring Khalid.

The video has been viewed over 16 million times. Whether this bizarre video fills your heart with happiness or gives you creepy vibes or infuriates you is up to you, all of those reactions are justified. You were blessed with the ability to stand upright and run, something that took evolution FIVE million years to accomplish. The audacity for a human to throw away all of that miraculous evolution for some Instagram Likes is bewildering.

Was this person abandoned by her parents at a young age and was raised by a harras of wild horses?

In perfect equine form, Ayla impressively jumps over some high fences like a prestigious show jumping horse. But one has to ask, if these women don’t have a little jockey on their backs are they truly jumping like horses?

“When I was four years old I loved dogs and wanted to be a dog myself,” Kirstine told Insider. “So when I knew I liked horses I only used what I had learned.”

Imagine living next door to this woman and having to explain what is going on every time you host an outdoor party? “Oh that’s just Ayla, she’s a horse woman, she jumps over things.”

But it turns out that Ayla is not the only Pferdemädchen. There’s an Instagram account called “__jumping.like.a.horse__,” where you guessed it, a woman shares videos of her jumping like a horse.

In 2017, Steve Harvey brought the phenomenon of horse women to the masses in an episode of Little Big Shots.

Then there’s a 2013 video of a 10-year-old girl named Anna Salander that was bounding like a mighty steed. This is the beauty of the internet, you can find other people who also enjoy your weird hobby.