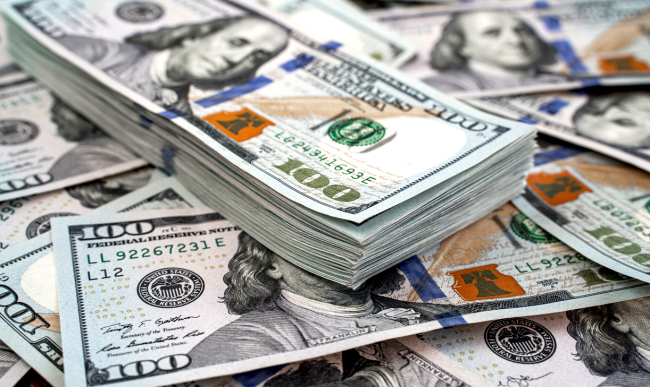 Three of the luckiest people ever recently won lottery prizes when they really had no business doing so, including one woman who won twice in one day.

A week later she visited Delaware Lottery headquarters to collect her big prize.

On her way home, she stopped at a convenience store and bought three Serious Money scratch-off tickets.

“My best friend was the first person I told about winning the $100,000 top prize, and she came with me to claim it,” the woman told Delaware Lottery officials. “When I scratched the $300,000 winning Serious Money ticket later in the day, we just sat there in disbelief. It was absolute insanity.”

She said she plans to put most of her $400,000 in prize money into her retirement fund.

Many people spend thousands of dollars on the lottery buying dozens of scratch-off tickets and playing the numbers over years and years and never win more than a pittance.

It was just the second lottery tickets he had ever bought in his life.

Billy Pruett of #Shelby bought a $5 scratch-off and won a $250,000 prize! “My heart went into my feet,” Pruett said. “I couldn’t sleep all night.” His Mega Bucks Limited Edition ticket was from Harry’s Quick Shop on Washburn Switch Rd. Congrats! #NCLottery https://t.co/Ge4Jkyvtux pic.twitter.com/IxjbQhhagy

“I’m going to buy my girlfriend a big Christmas present now,” he said.

Pruett says he will also use the money to pay some bills, share some of it with his friends, and put the rest in savings.

A 41-year-old man from Montgomery County in Maryland walked away with $50,988 on a Superfecta bet while playing a computer-animated Lottery game called Racetrax.

It was the second time he won big money playing the game this year as he also won $60,564 in January.

“It’s the fun of watching the horses run,” he told Maryland Lottery officials.

The man says that after settling some debts and helping out friends and family with his first jackpot prize, this time he’s keeping his win a secret and will use his jackpot money to make a down payment on a house.