Man Wins $3 Million Lottery 3 Years After His Brother Won $1 Million, Leaving No Luck For The Rest Of Us 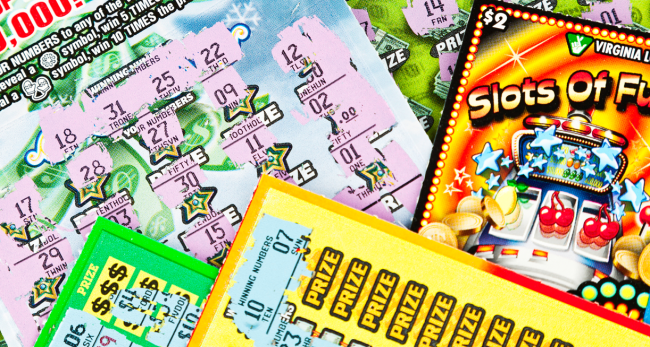 At this point, it almost feels like these state lottery groups are just making up wild stories to top one another. Of course, they aren’t really, but stories like this one about two brothers in Virginia almost seem too far-fetched to believe.

“I couldn’t believe it!” Mudd told Lottery officials when he claimed his prize. “I was like, “No, this can’t be!”

Rather than taking the full $3 million prize in annual payments over 30 years, Mudd chose to just grab the cash option of $1,875,000 before taxes and be done with it.

The Virginia Lottery says the chances of winning the $3 million top prize that Mudd won are 1 in 1,836,000. The odds of him doing it after having a brother already win $1 million playing a scratcher are even more astronomical.

Despite such long odds, bizarre lottery stories like this keep popping up

Earlier this year, a man won $10 million from scratch-off New York Lottery ticket for the second time in three years.

Another guy in Pennsylvania won a $1 million prize after already winning $3 million, $500K and $100K prizes.

Over in Massachusetts, a guy won $1 million from a scratch-off ticket… for the second time.

And late last year in Maryland, another man won a $2 million prize, but didn’t immediately cash in because, wait for it… he’d already won $2 million!

The stories of absurdly lucky lottery winners just go on and on and on.

For instance, Virginia’s Danny Mudd wasn’t the only ridiculously lucky person to make an unlikely fortune playing the lottery.

Ali Ghaemi of Alexandria, Virginia recently won $1 million from a drawing with a top prize of $5,000 by purchasing 200 identical tickets.

Alexandria resident Ali Ghaemi won a $1 million prize in the Pick 4 Lottery game by playing the same number 200 times in one drawing. https://t.co/YjwtHtbHYv

He’s far from the first person to do such a thing too.

Some people really do just have all the luck.