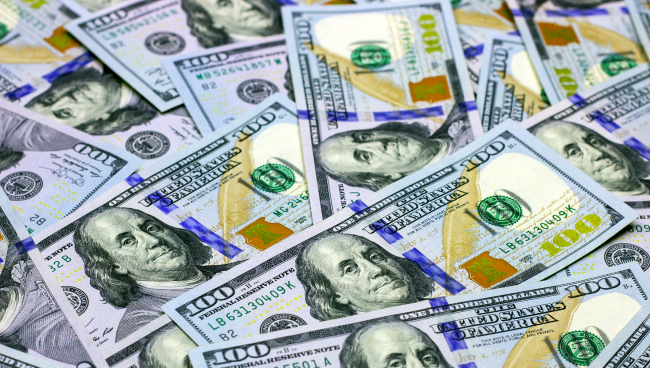 There have been numerous extraordinarily lucky lottery winners in the past, but a man from Altoona, Pennsylvania has just set a new bar for having good fortune.

55-year-old Mike Luciano literally has all the luck because earlier this month he won his FOURTH major lottery prize of at least $100,000.

His latest windfall, $1 million from a $20 Extreme Green scratch-off ticket, was also the third time in the last six years he’s won at least $100K.

Luciano has now won a combined $4.6 million combined from the four lottery games.

“I don’t know why I’ve been so blessed, winning big three times in my lifetime,” Luciano told the Altoona Mirror after his 2021 win. “Most people are just looking for one win — and I know this is incredible.

“But, I’m convinced no one wins this many times without playing more than they should. I’m addicted to it.”

Luciano said back then that despite all his success people shouldn’t attempt to copy his methods.

“People shouldn’t do what I do,” he said. “I don’t want them to think — I mean, I’m not ungrateful, this is unbelievable and I couldn’t be more thankful it’s happening to me — but I don’t want people to think it will happen to them.”

After that win, one of his customers at his bar told him to quit while he was ahead.

“This time, maybe — maybe. I just might listen to him,” Luciano said.

But he didn’t quit and now he’s $1 million richer.

“I just want to thank everybody for their texts and nice messages,” he told the Centre Daily Times after his latest win.

No mention was made about whether or not he would was going to qui playing the lottery this time.