Guy Wins $1 Million From A Scratch-Off Lottery Ticket… For The Second Time! 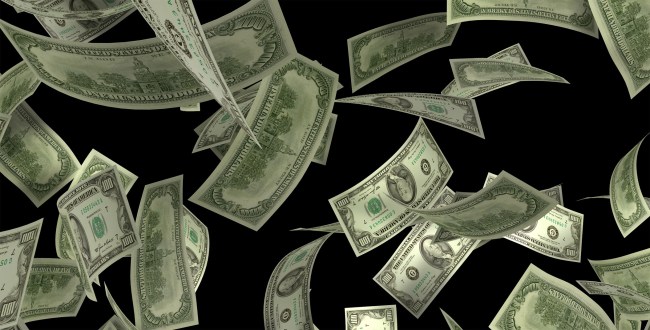 When it comes to playing the lottery, as we have seen time and time again, some people really do have all the luck.

A few weeks back, a man in Virginia who had previously won a $100,000 prize playing the lottery back in 2002 won another $1 million prize.

Amazing for him, but kind of annoying for the rest of us poor schmucks.

It turns that was nothing.

Around Christmas, a man in Massachusetts took the concept of being lucky to a whole new level.

John Gregarczyk of Worcester purchased a $10,000,000 Winter Riches scratch-off ticket at his local A1 Convenience Plus store.

Beating the incredible odds that were against him, that scratcher ended up being a $1 million winner.

Even more astounding than that, this was the second time that Gregarczyk won a million dollars playing the lottery.

Back in 2008, he won a million bucks after buying a Billion Dollar Blockbuster ticket.

This time around Gregarczyk chose to receive his prize in the form of a one time lump sum payment of $650,000 before taxes, according to Massachusetts Lottery officials.

He wasn’t the only lucky lottery winner

This Virginia dad really earned his "#1 Dad" mug when he returned home with chocolate milk AND a $1,000,000 winning Platinum Jackpot scratcher! 😱👏👏👏🤞https://t.co/pNfAUtPHYN

Speaking of being incredibly lucky, Dennis Willoughby of North Chesterfield, Virginia was recently making a chocolate milk run for his kids. As he picked up the milk at a 7-Eleven store in Richmond he decided to also purchase a Platinum Jackpot scratch-off ticket.

That decision ended up with him taking home the $1 million top prize. He too chose to take his winnings as a lump sum payment of around $650,000.

Some people really do have all the luck.