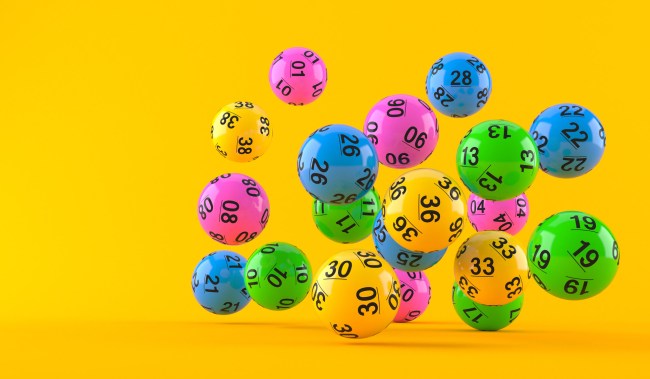 As we have come to learn, there is literally no real rhyme or reason to who wins the lottery and/or how they end up winning these giant cash prizes.

We’ve had a guy in Maryland win $2 million AFTER he already won $2 million playing the lottery.

We’ve also had not one, but TWO people – one in Pennsylvania and one in Oregon – win $1 million after they each ALREADY won a $100,000 lottery prize.

And we’ve had the luckiest man on Earth buy 160 tickets for one lottery drawing, which of course ended with him winning 160 damn times.

Today, we’ve got another similar story out of Virginia.

Just like the man who paid $160 to buy 160 winning Pick 4 tickets in the Virginia Lottery, now we’ve got William Newell, of Alexandria, Virginia, spending a couple of sawbucks on 20 identical lottery tickets for the Oct. 23 daytime Pick 4 drawing.

Of course, just like that other man in Virginia, Newell ended up scoring big when all 20 of his idenitcal lottery tickets ended up being winners.

If this story sounds familiar, that’s because it should…

Granted, it’s not $800,000 like the other Virginia man won, but still… it’s ridiculous. The chances of matching all four numbers in exact order are 1 in 10,000. What are the chances of doing it 20 times in one drawing?

He told Virginia Lottery officials he he usually goes and buys his tickets at a nearby store, but this time he tried playing online.

He added that he has no immediate plans for his winnings, but “it feels good, no doubt about it!”

Turns out you don’t have to be a rocket scientist to win big playing the lottery, but it doesn’t hurt.