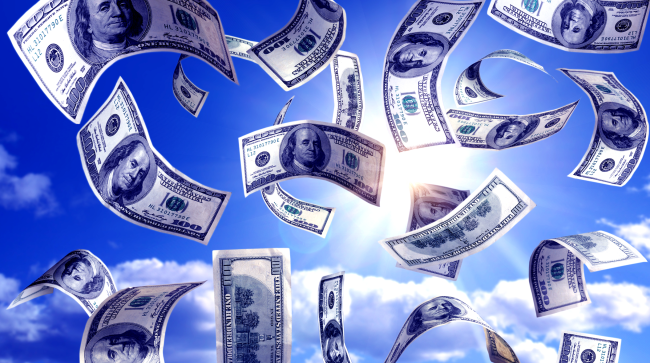 For some reason, Faye Hurst of Norfolk, Virginia decided that while she was shopping at the 7-Eleven store in town that she would purchase not one Pick 4 lottery ticket, she would buy 40 of them, all with the same four numbers selected.

Of course, as we have seen time and time again, she ended up winning with all 40 lottery tickets.

“It feels unreal!” Hurst told Virginia Lottery officials as she redeemed her tickets.

“I just play the same numbers every day,” she added. “They are a special someone’s birthday.”

The Virginia Lottery says Hurst wagered 50/50 of each lottery ticket, which means half of each wager was for “exact order” and half for an “any order” win.

How lucky is that?

Well… it may not be as lucky as what happened to a 67-year-old woman from Parkville, Maryland earlier this month.

She bought a ticket for the Maryland Lottery’s Bonus Match 5 drawing and won a $50,000 jackpot.

It was the first time she’d ever played that game.

“I just had a hunch that I should try it,” she told Maryland Lottery officials.

The mother of three sons purchased her ticket and went on about her lovely day. Later, she gave the ticket to one of her sons for safe keeping while she went out of town for the weekend. Her son, who accompanied her to claim the prize at Lottery headquarters, said he scanned the ticket on the Lottery App on his phone after the evening drawing and was blown away at what he saw. He had to scan the ticket five or six times just to make sure he wasn’t seeing things.

“I texted her the picture of the message on my phone and called her,” said the son. “I said, ‘Ma, you have a winning ticket, look at your phone!’”

She says that since she is engaged the money will come in handy financing a small, intimate wedding. She is also going to use some of it to take a vacation, and save what’s left over.

She says before her son texted her to tell her she had won, “It’s funny. I was just telling my son we were going to win,.”