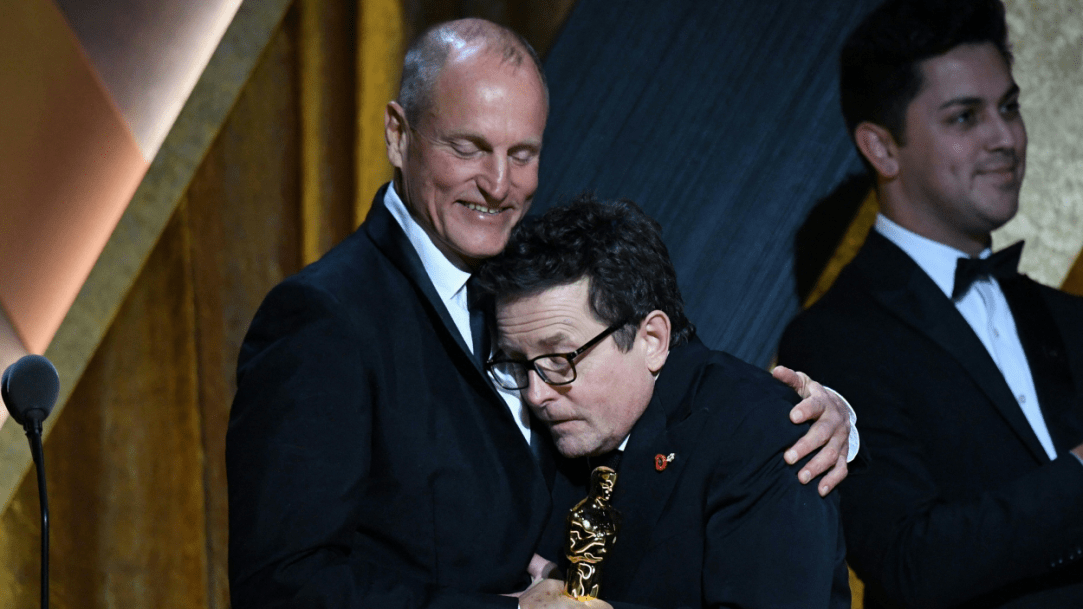 Woody Harrelson and Michael J Fox are lifelong friends. They came up together in Hollywood and Woody had the honor of presenting Michael J Fox with the Jean Hersholt Humanitarian Award at the Governor Awards this week in LA.

Instead of getting up there and telling boring stories, Woody Harrelson opened up his vault of incredible stories these two shared together. There is a full video below of Woody Harrelson‘s speech honoring Michael J Fox but one story sounds about above the rest.

In 1988 (or 89?) when Michael J Fox was filming Casualties Of War in Thailand, Woody went to visit him. One night they went into the jungle and ended up drinking cobra’s blood after watching a pissed-off cobra fight a mongoose. This story us unlike anything else I’ve heard from the Hollywood elite.

Woody Harrelson: “I went to visit him in Thailand while he was filming Casualties Of War (1989). And one night, Mike took us to the end of the jungle and we stopped at this little hut.”

“Mike ran out of the car. This kid runs up to him and he hands him thousands of Baht (currency) which probably amounted to about $16. Then the kid led him to this little space that had a chest-high wall of concrete around it. And they both jumped over it.”

“So I run up to the wall and I couldn’t believe it. I look in there and Mike is sitting next to this kid with DOZENS of cobras all around him ready to strike. No jest. And the kid was toying with these cobras. He would stick his knee in front of them. Then the cobra would try to strike and he would just move his knee in time and just smack them (the snake) in the back of the head.”

“He taunted a bunch of these cobras and then he found the orneriest cobra, grabbed it by the neck, and threw it in a cage with a mongoose where I saw the craziest fight that I’ve ever seen between any animals other than studio executives.”

“The mongoose won. They took the snake and tied it by its tail and run the blood out and half-filled 4 glasses with cobra blood and half with Thai-whiskey. Drinking the cobra blood is called ‘becoming brother to the snake’. Mike and I drank lots of things together and he can hold his own. What can I say? He’s Canadian. But Mike promptly vomited his snake cocktail. He never could hold his cobra blood.”

Here is Woody Harrelson telling that incredible story to Michael J Fox and Hollywood elite at the 13th Governor Awards:

Imagine being a fly on the wall and getting to watch all of that happen.