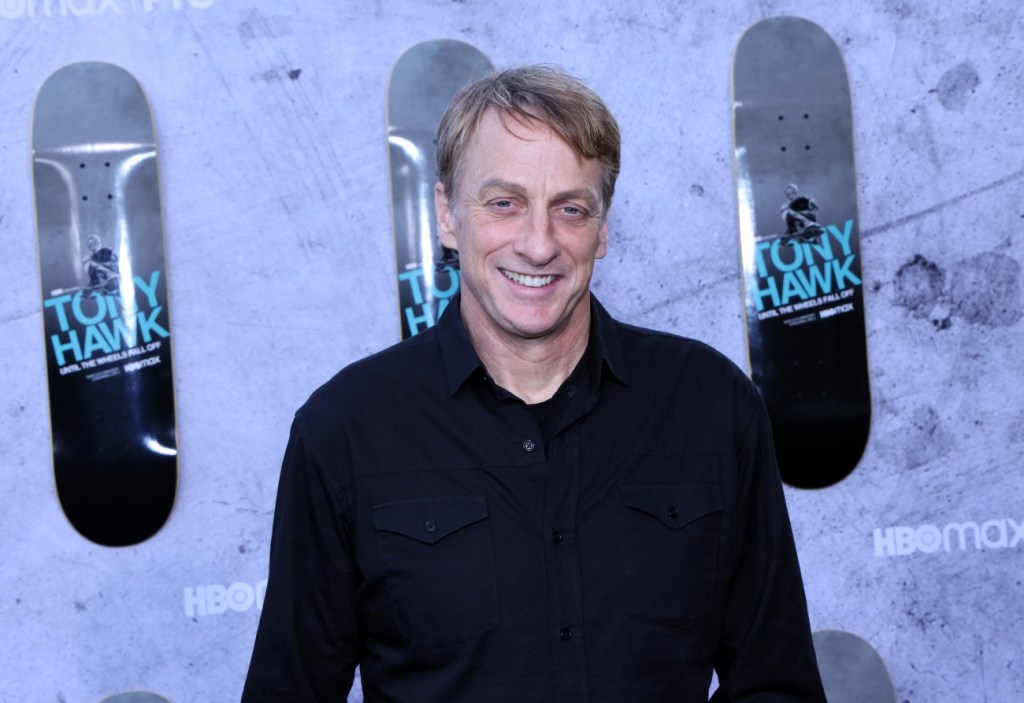 Tony Hawk is the undisputed king of skateboarding. He might not have been the Godfather of Skating because there were some awesome skaters who came before him and helped usher Tony into the world but Hawk brought the sport further than any other individual.

Marc Maron recently invited Tony onto his WTF Podcast and they kicked off the discussion talking about the origins of skating. Hawks explains how liability insurance had threatened to kill the Skateboarding industry on multiple occasions. It just got too expensive to operate skate parks which did lead to some interesting innovation.

But there were various moments in the 80s that brought skateboarding back from the brink and one of those was a Michael J. Fox film. I’ve included the YouTube clip below along with a transcript of the discussion between Marc Maron and Tony Hawk, as well as Tony discussing how younger skaters have diverged from his path.

Marc Maron: So now you guys are all making these trips in this like dead zone of popularity, what turned it all around? Was it the videos first?

Tony Hawk: Umm, yeah, so… You know what a big, big catalyst was Back to the Future.

Tony Hawk: Yeah. Because the Michael J. Fox character, he does that thing where he rips off the scooter handles and rides it like a skateboard. Like he presents the future to them.

And then they had a couple of guys that were pro skaters doing stunt deviling who were doing jumps and and ollies and things. And kids saw that, and that was their first introduction to modern skateboarding.

Marc Maron: So they were like, ‘this is the future!’

Tony Hawk: ‘This is the future’, yeah, and a lot of them went out and bought the exact same board he was riding.

Marc Maron: But you guys were already doing it at that point?

Tony Hawk: We were already doing it but it brought a whole new generation in and that was their gateway and then as they came in they saw what was really going on.

Kids Buying The Board But Did They Go On To Become Skaters?

Marc Maron: What was the board?

Tony Hawk: It was basically like a big store (board), it was called a Terra, but it was the kind of thing you’d buy at Target, not at a skate shop.

Marc Maron: Bigger than a Bonzai though?

Tony Hawk: Bigger than a Bonzai. I mean, it was a good entry-level board but it was just one of those ones that’s like, your very first bike was a Schwinn from Costco.

Marc Maron: So those guys were hitting the streets with those boards?

Tony Hawk: Yeah, and like I said, it sort of brought them in and they eventually got better.

Marc Maron: But it really seems like the kind of sport, which it is now, that in order to really do the cool s–t, you’ve got to take some risks. And I imagine a lot of kids buy the board and they do a couple of things and they they just get intimidated or bored and they put it away. So in order to find that core group of crazy-minded kids that are gonna do that s–t, I would imagine that’s the minority?

Tony Hawk: Yes and not. I think that some people just found a comfort zone and stuck with it because they loved the culture around it as much as they loved the skating aspect of it.

Tony Hawk: There are things I see new skaters do where I think, ‘man, if I had learned that technique growing up it would be totally different’. And I cannot snap into that.

Tony Hawk: Yeah, there are things that they do where I’m like…

Tony Hawk: Well, for instance, when they skate bowls and ramps and stuff there’s a trick called a Disaster which is basically on your way in you hit the bottom of your board. And it’s called a Disaster because you can easily hang up your trucks and it’s a one-way trip to the bottom (of the ramp). That’s why they call it a Disaster.

And these guys do Disasters in a millisecond. You see their board, you can tell it hits but it’s like they never stopped moving. And when I did Disasters as a kid and into my 20s, I stopped up there and pondered it and then came in. There’s no way I can just learn how to do it quickly like these guys have and the way that they did it from the get go.

Marc Maron: But why couldn’t you just throw a switch and just do it?

Tony Hawk: I think it’s because I also have the benefit of experience and fear of what can happen. And these guys have been doing it and they have this rhythm that does not concern them. And I don’t have that rhythm and if I screw that up I’m getting K.O.’d, like there no question (about it). I don’t even mess with Disasters anymore, I don’t even do them slow or fast.

Watch the full Marc Maron interview with the King of Skateboarding right here:

And don’t forget to smash that ‘subscribe’ button on Marc Maron’s YouTube channel or anywhere you get your podcasts!