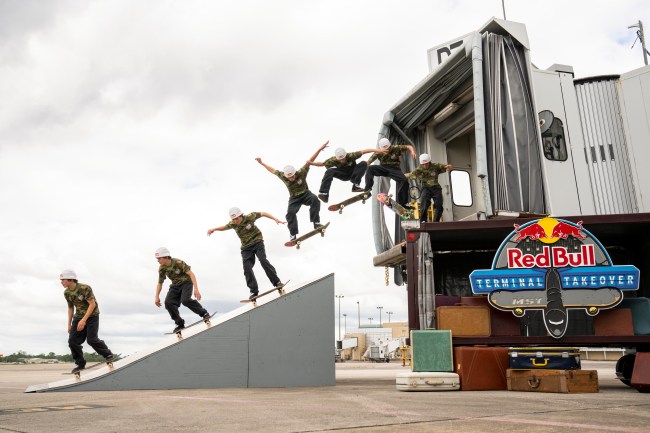 via Red Bull, with permission

We can all agree that the year 2020 massively sucked. One bright spot, however, was Activision’s release of Tony Hawk’s Pro Skater 1+2. The remastered game was such a pleasant pandemic distraction for aging millennials like myself. The soundtrack was a heavy pour of ’90s and early-aughts nostalgia vibes.

I spent hours shredding virtual skateparks like The Warehouse, Hangar, Manhattan, School II, and Venice Beach on Xbox. There wasn’t really anything else to do, so might as well try to beat your own high score.

The updated game omitted the greatest level in the Tony Hawk’ Pro Skater universe: The Airport in THPS3. You get to shred around an empty airport terminal, tearing it up on moving sidewalks, runways, and jet bridges.

Bonus points for sick combos on the luggage carts.

Red Bull linked up with some of the best skateboarders in the world to bring that video game experience to life. 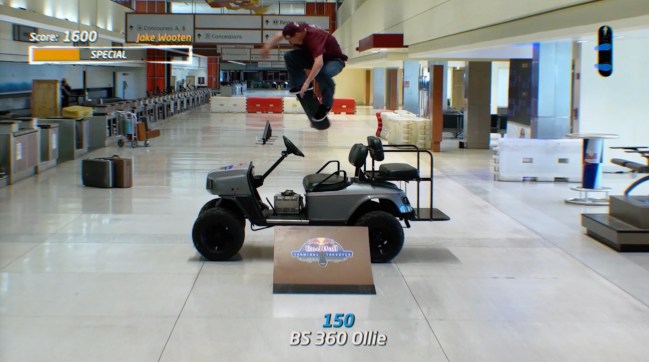 “Everything I’ve seen here has blown my mind,” Kareem Campbell offered in a press release. “From the course, to the tarmac, to the Red Bull plane and the jam session… it’s unreal. It’s something I don’t think anyone can recreate, except in a video game.”

Check out the video. What a sick collab.