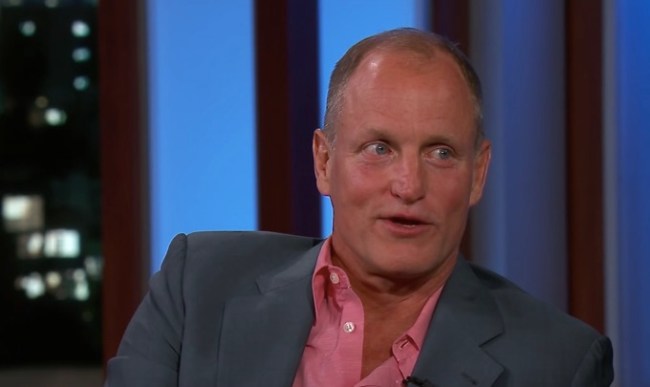 Actor Woody Harrelson is set to co-star in the upcoming Solo: A Star Wars Story film, the Star Wars prequel that will show the rise of Han Solo, Chewbacca, and Lando Calrissian. That movie comes out on May 25th and the cast of the film is already making the late-night TV rounds.

As a guest on Jimmy Kimmel Live last night, one of the first things Jimmy started grilling Woody Harrelson on was Hawaii, the active volcano, and losing money playing cards with Willie Nelson:

Woody talked more about Solo: A Star Wars Story last night so if you’re more interested in details about that film than you are hearing about celebrities playing poker then you can check out these two clips below:

I have to say that I’m only moderately excited about this film. We went from waiting like a decade for any Star Wars franchise films to having like two per year for the past few years and it feels like overload. I’ll still see it. They’ll still get my money. I’m just not running out to see it opening weekend because it seems to lack the hype of previous films.