Over A Year Into The Pandemic, Working From Home Is Becoming Toxic For Some, Causing Burnout 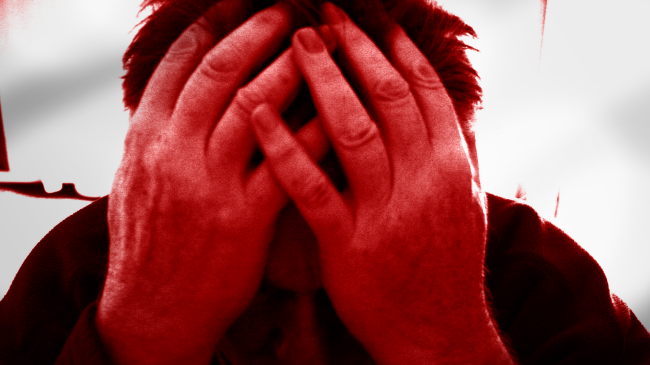 Americans have now moved past the one year mark of having to deal with life being completely different from before the pandemic spread across the globe. Many haven’t seen their work colleagues in person more than a handful of times as companies around the country are still requiring them to work from home.

And it’s wearing people out.

“People use the term pandemic fatigue, but that underestimates what we’re going through,” Paula Allen, head of research and well-being at Morneau Shepell tells The Globe and Mail. “People are at the point of emotional exhaustion.”

Nearly a year into physical separation from colleagues, bosses and clients – sometimes coupled with kids trapped at home – white collar professionals are cracking. Often, top performers who tend to push through the pain are those who are struggling the most. A recent Morneau Shepell survey found that 40 percent of managers in finance and professional services have considered leaving their jobs since the pandemic started.

What, specifically, about continuously working from home is causing this additional stress for many workers? Right now, there isn’t any one obvious reason that can be singled out.

“There’s so much going on right now. And nobody can really point their finger at it,” says KPMG Canada’s chief mental-health officer Denis Trottier.

The feelings can be partly explained by the erasure of social connections at work that help people power through long, intense days. Work and home life now blend into one – with work often taking precedence. Gone are the small joys of life that once seemed like distractions, but that researchers say are important to keeping us engaged and preventing burnout: the coffees, the lunches, the gossip.

But so much of it remains nebulous – and that can make it even more maddening.

It’s basically an accumulation of things that are causing people to break down. Not that people don’t appreciate the fact that they, at least, still have jobs and a steady income.

“I empathize with the feeling that we have it so good,” said Bryn Ferris, a change management consultant. “I am stuck in purgatory.”

He calls it a “steady-state numbness,” which is probably as good a way as any to describe it.

The Globe and Mail report calls it “a toxic mix of more work, less fun and some organizational trauma” as research shows people are putting in more hours working at home, with no clear delineation between work and home life.

Complicating matters, working from home has made it much harder for people to tell if they’re taking on too much, or not enough, compared with their coworkers. In the office, they might grab a tea with a colleague after finishing a presentation deck. But now they’re sitting alone in their house, possibly feeling guilty, so they fill the time with more work.

That isolation can fuel workers’ own internal pressure to succeed, since people are no longer getting the external feedback and validation they’d receive from talking to co-workers or supervisors in the office, Vancouver therapist Dominic Brennan says.

Throw in the fact that much of the work communication is now digital rather than in person, making it harder to feel fully informed, plus the fact that, well, there’s a pandemic still happening and it becomes overwhelming for some.

Not to mention, the pandemic has also resulted in many workers putting off much-needed vacations and as Ferris puts it, “All of our regular coping mechanisms are gone.”

Read the entire report over at The Globe and Mail.