Would You Be Comfortable With Your Wife Training With Dwayne ‘The Rock’ Johnson? 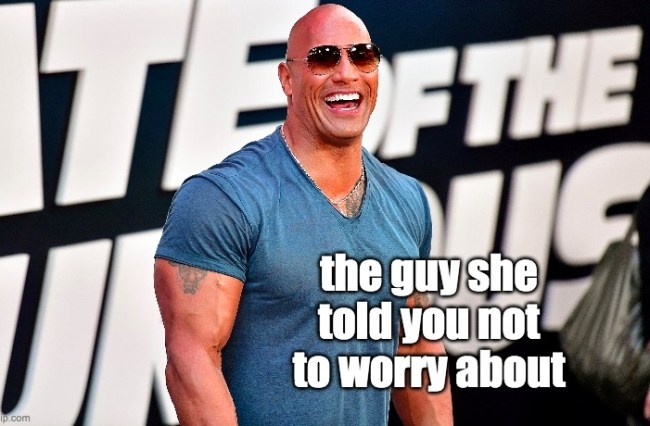 Dwayne The Rock Johnson is arguably the most impressive human being on the planet whose last name is not Fieri.

The Rock is what happens when God takes Adderall.

So the short answer to the question posed in the headline, at least for anyone who who wants to avoid a People’s Elbow on the foundation of their marriage, is HELL NO.

Will your wife resent you for disallowing her the opportunity to train with one of the most inspiring people alive simply because of your crippling inferiority complex? HELL YES.

The Rock is the kind of specimen who is best admired from afar, in concept, where the tentacles of his boundless success don’t expose the dusty well of your wasted potential.

Your loved one sweating for hours with a guy whose name is synonymous with the Earth’s outer crust sets an unattainable standard for what a man can be. It would be like frolicking on the moon only to go home to Uranus.

(Let’s take a quick moment of silence to commemorate how drippy Dwayne looks in pink.) 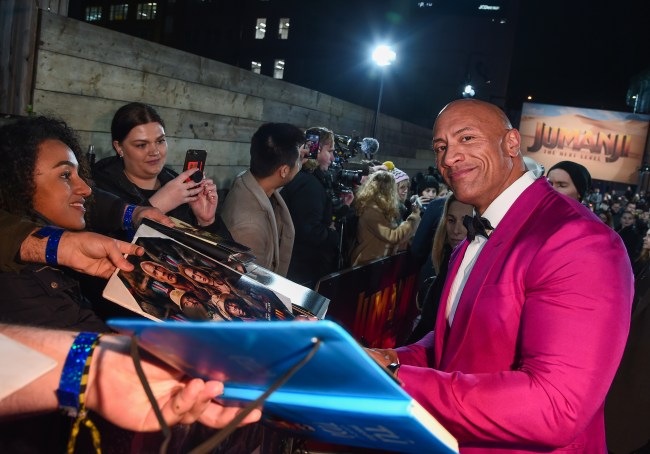 P.K. Subban may have scored momentary points with wife Lindsey Vonn for this joint workout with Mr. Johnson, but what happens when he goes home and leaves the toilet seat up?

What happens if he gets too tipsy around the in-laws?

One training session with Dwayne Johnson would end 96 percent of marriages nation-wide, and the saddest part is, we couldn’t even blame ’em.