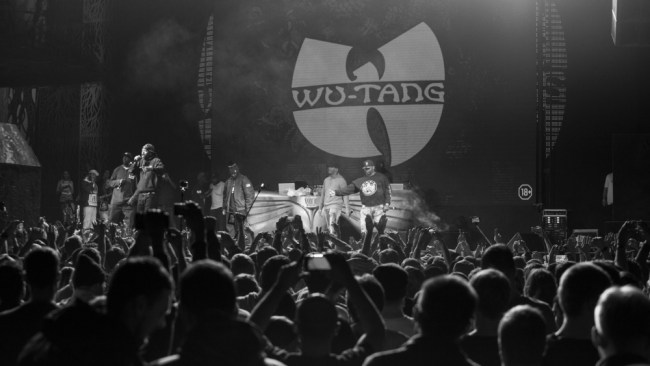 Just like you, I’ve been hooked on the Wu-Tang Clan for a long ass time. Sure, my author and Twitter bios talk about my addiction to Phish but back when I got my first boom box in 1994 the first tape my brother gave me was ’36 Chambers’ (Enter The Wu-Tang). When my parents upgraded me to a CD player a few years later the first CD I purchased with my childhood allowance was Wu-Tang Forever. For me, it’s always been the Wu-Tang Clan.

While the world was busy talking about Taylor Swift’s new song ‘Look What You Made Me Do‘ hitting YouTube last night the Wu-Tang Clan quietly dropped a new track and it’s pretty f’n spectacular, but I wouldn’t expect anything less:

According to Pitchfork, ‘People Say (feat. Redman)’ was produced by RZA, and this is only the second public release from the Wu-Tang Clan since 2014’s ‘A Better Tomorrow’. Wu-Tang Clan also produced and released another song this year, ‘Don’t Stop’, which was made for HBO’s Silicon Valley.

You can also find this new track on on Apple Music/iTunes HERE if you’dprefer that over iTunes.