These Are The 10 Dumbest Finishing Moves In WWE History 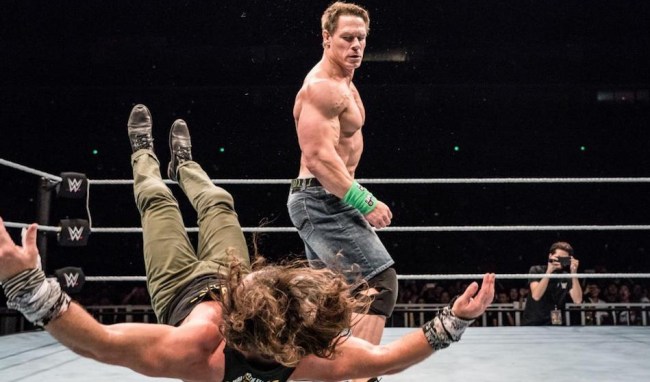 The finishing move is just as important to a professional wrestler getting over as a catchphrase or cool gimmick.

I had a finishing move when I was a kid. I’d wrestled my older cousin. My move was the two-finger poke to the throat. It was devasting, just ask him. He is 9 years older, and I needed to render him incapacitated if I had any chance to win the title!

Every popular finishing move in wrestling shares one commonality – it appears to be devastating and believable.

Now, more than a few of the most popular finishing moves of all time – let’s use the Rock Bottom or Hogan’s leg drop as examples – don’t really look all that devastating BUT could render a wrestler dazed or helpless for a 3-count.

Many of the worst finishing moves in WWE history have several things in common.

First, they don’t seem believable at all. Second, they don’t look any different than the moves being performed. Finally, the crowd doesn’t react at all to the move, well, just reread my first two points.

Wrestlelamia compiled this list of the worst finishing moves in WWE history and it’s hard to argue for any of these finishers.

The Great Khali’s head chop, the Berzerker just tossing opponents out of the ring, and John Cena’s “Sixth Move of Doom”, these ten finishers are laughable, ridiculous, and nowhere near as awesome as my two-finger monster killer.