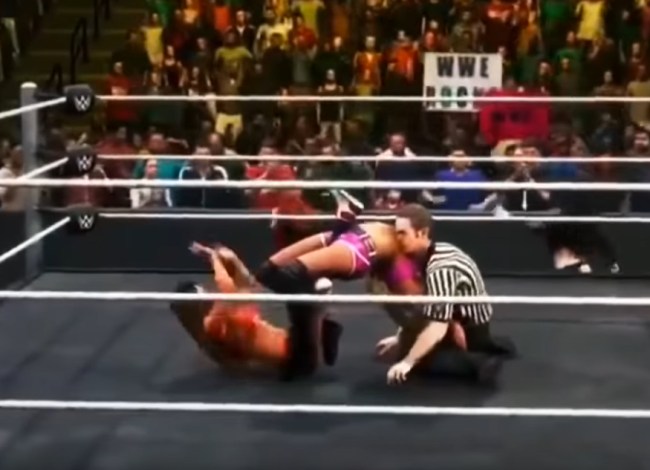 The year 2020 will absolutely go down in history as the year everything was canceled.

Every major sport, a few holidays, Comic-Con, and basically every live event from now until a date no one really can predict.

The WWE hasn’t called it quits on everything, not counting those unlucky employees, but the company is pulling the plug on the WWE2K video game for next year.

WWE interim CFO Frank Riddick announced on a quarterly investor call this week that the game is being shelved.

At least for next year.

2K Games won’t release an annual WWE wrestling sim this year, effectively meaning that WWE 2K21 has been canceled, according to comments made on WWE’s quarterly investor call on Thursday.

WWE interim chief financial officer Frank Riddick said “there’s not going to be a launch of a game this year” in response to a question about the release of WWE 2K21.

As Polygon reports, the WWE2k20 “was slammed by both critics and fans for its poor technical performance, with widely shared game-breaking (yet often very visually amusing) bugs.”

Many, many bugs, and some hilarious but frustrating glitches.

WWE 2K19 got blasted in the reviews on Steam with one of the funnier reviews stating “the game is held together with duct tape and spit.”

Visual Concepts, developer of WWE2k20, took over for the company Yuke after the Japanese developer left the WWE 2K series to work on a wrestling project of its own.

After Polygon published their story, a 2K spokesperson reached out to the website with a statement.

“We will be sharing details on the future of the WWE 2K franchise,” the contact shared, “as well as some exciting news on Monday at 7:00 a.m. PT.”