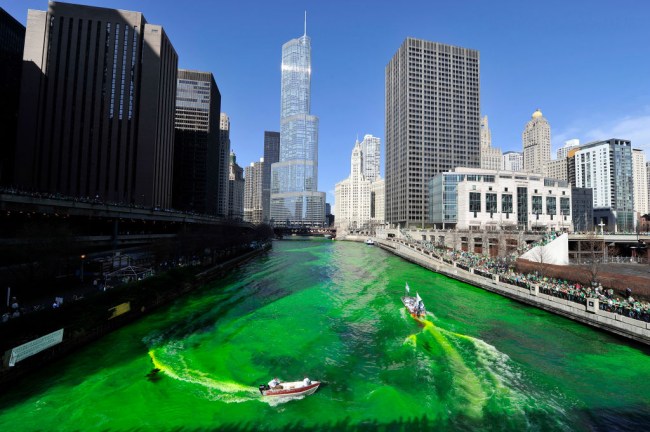 On December 31, 2019, Chinese health officials confirmed dozens of cases of pneumonia from an unknown respiratory disease in Wuhan, China. Flash forward to March 11, 2020, there are more than 124,000 confirmed cases of the coronavirus on every continent except Antarctica and in over 100 countries. There are currently 4,585 COVID-19 deaths worldwide.

Because of the vast spread of the coronavirus around the planet, the World Health Organization (WHO) declared that the COVID-19 outbreak is now a pandemic.

"Pandemic is not a word to use lightly or carelessly. It is a word that, if misused, can cause unreasonable fear, or unjustified acceptance that the fight is over, leading to unnecessary suffering and death"-@DrTedros #COVID19 #coronavirus

Germany’s Chancellor Angela Merkel says that the coronavirus will likely infect a large majority of the German population. “When the virus is out there, the population has no immunity and no therapy exists, then 60 to 70% of the population will be infected,” Merkel said on Wednesday. “The process has to be focused on not overburdening the health system by slowing the virus’s spread. It’s about winning time.”

RELATED: Coronavirus Could Be 15Xs More Fatal Than Flu, Spread By Breathing, Will Last For Months Says Infectious Disease Expert On ‘Joe Rogan’

Italy has closed all stores except for pharmacies and grocery stores. This comes after the death toll spiked from 196 to 827 in the last 24 hours.

India has taken drastic measures in their fight against the coronavirus. They are “essentially banning all foreign tourists, and quarantining anyone who’s been to 7 countries worst-affected by coronavirus.” There are currently 62 cases and no deaths in India. Kuwait is also banning foreign travelers who are not relatives of a citizen in the country.

Starting Friday, India is essentially banning all foreign tourists, and quarantining anyone who's been to 7 countries worst-affected by coronavirus. India has about 60 cases so far, none of them fatal. pic.twitter.com/vxBB9gRAhe

In what sounds like a headline from The Onion, a coronavirus conference has been canceled because of… the coronavirus. The Council on Foreign Relations (CFR) canceled three roundtable conferences including one titled “Doing Business Under Coronavirus” that was scheduled for Friday in New York City.

New York state has the second-most confirmed cases of coronavirus with 194 infected (trailing only Washington state, which has 271, many of which are in Westchester County. On Tuesday, New York Governor Andrew Cuomo announced that a 1-mile containment area has been set up in New Rochelle, New York. Cuomo said the coronavirus outbreak could be the “public health version of Hurricane Katrina.” National Guard troops would be deployed into New Rochelle to deliver food and attempt to contain the outbreak.

A 1-mile containment area has been set up in New Rochelle, New York, due to the cluster of coronavirus infections that have taken place in the city, New York Gov. Andrew Cuomo announced Tuesday. https://t.co/KeCR1UWgls pic.twitter.com/r3Xr0IDfxX

There are currently over 1,000 cases of the COVID-19 and 31 deaths. There are 40 states and the District of Columbia that have confirmed cases. Over 1,000 U.S. schools will be closed due to outbreak.

Massachusetts has 92 confirmed cases, 70 of which are linked to a meeting last month in Boston for Cambridge biotechnology company Biogen.

The Governor of Washington, Jay Inslee, has prohibited gatherings of more than 250 people.

San Francisco has banned public gatherings of 1,000 or more, which includes sporting events. On Wednesday, the Golden State Warriors announced that their Thursday night game against the Brooklyn Nets will not have any fans in attendance at the Chase Center.

“Due to escalating concerns about the spread of COVID-19 and in consultation with the City and County of San Francisco, the Golden State Warriors announced today that tomorrow night’s game vs. the Brooklyn Nets at Chase Center will be played without fans. In addition, all events through March 21 will be canceled or postponed at this time,” the Warriors said in the statement.

Chicago’s St. Patrick’s Day parades and the city’s iconic river dyeing ceremonies will also be postponed over concerns about the COVID-19 outbreak.

“The health and safety of Chicago’s residents will always be our highest priority, and like many other cities across the nation and globe, we are postponing this year’s parade as a precautionary measure to prevent any additional spread of COVID-19,” said Chicago Mayor Lori Lightfoot. “I want everyone to rest assured that your City and State continue to work around the clock to stay ahead of this issue and ensure everyone remains protected, informed, and safe.”

Lightfoot said the city will attempt to reschedule the events. Illinois has 19 people who tested positive for the coronavirus.

BREAKING NEWS: The St. Patrick's Day Parade in New York City has been canceled, as concerns over the new coronavirus continue to mount. #NY1Health

E3, the biggest video game conference, has been canceled because of the coronavirus. The gaming convention’s organizer, Entertainment Software Association (ESA), said that “growing concerns over [the] COVID-19 virus” caused them to cancel the conference that was scheduled for June.

“After careful consultation with our member companies regarding the health and safety of everyone in our industry—our fans, our employees, our exhibitors, and our longtime E3 partners—we have made the difficult decision to cancel E3 2020, scheduled for June 9-11 in Los Angeles,” ESA said in a statement. “Following increased and overwhelming concerns about the COVID-19 virus, we felt this was the best way to proceed during such an unprecedented global situation. We are very disappointed that we are unable to hold this event for our fans and supporters. But we know it’s the right decision based on the information we have today. Our team will be reaching out directly to exhibitors and attendees with information about providing full refunds.”

The Trump administration wants to push back the April 15 tax deadline as part of its response to the coronavirus outbreak. Treasury Secretary Steve Mnuchin told the House Appropriations Committee on Wednesday that he advises that tax day be delayed. “We think we can provide over $200 billion of liquidity into the economy by delaying certain tax payments,” Mnuchin told the committee. The U.S. government could also waive penalties and interest for late tax payments.

At the time of publication, the Dow Jones was down over 1,600 points. “The Dow plummeted more than 20% from its recent closing high of February 12 intraday during Wednesday’s session, crossing below 23,641.13 points,” according to Yahoo Finance.

Aramco, a Saudi state oil company, issued an apology after having a man dress up like hand sanitizer dispenser and walk around the company’s headquarters.

These photos were taken at an office of Aramco, the Saudi state oil company. I assumed it was some kind of prank / joke at first, but Aramco just issued an apology statement saying it will make sure this doesn't happen again. Incredible. https://t.co/NVjSsvyuFY

In more uplifting news, a 103-year-old woman has reportedly beaten the coronavirus. Zhang Guangfen became the oldest person to recover from the deadly disease after returning home following six days of treatment in a hospital in Wuhan, China.