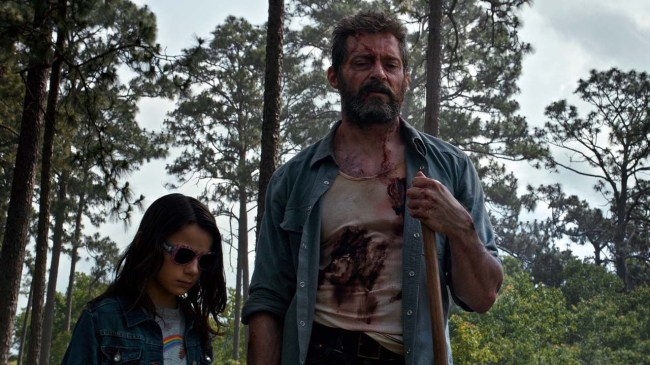 From where I currently sit, 2017’s western epic Logan stands as the second greatest comic book movie ever made, behind only The Dark Knight.

While Deadpool popularized the idea that superhero movies could be R-Rated, Logan proved that superhero flicks could not only be legitimately dramatic but also be a serious award season contender, as Logan became the first comic book film to be nominated for the Academy Award for Best Adapted Screenplay.

However, unfortunately for fans, Logan was a farewell to the beloved character of Wolverine, as it marked the last time that Hugh Jackman would ever wield the iconic adamantium claws. But while the story of Jackman’s Wolverine may be over and done with, that’s not necessarily the case of all of the characters in the film, as Logan director James Mangold indicated that he has interest in directing a sequel about Dafne Keen’s character X-23.

Speaking with The Playlist, Mangold indicated that while he’s certainly interested in an X-23 film, he doesn’t think it’s a project that’ll be greenlit any time soon.

“Do I have an interest [in directing an X-23 film]? Yes,” Mangold said. “Will it happen? At least in the near future, I doubt it,” he added.

With Wolverine under the control of Marvel Studios, it’s certainly unlikely that we get an R-rated movie featuring a feral, throat-slashing child anytime soon. However, with rumors that Disney is reportedly letting Deadpool continue to be R-rated, perhaps anything is possible.

Mangold’s most recent film — the critically acclaimed Ford v Ferrari — will hit theaters in the United States on Friday, November 15.