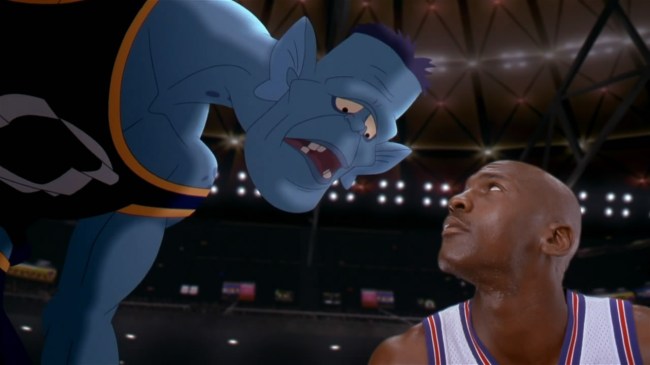 The coronavirus has officially been declared a “global pandemic.” The president issued a sweeping travel ban into the United States. Tom Hanks got got. The NBA suspended its season. The world is in a collective panic over the mysterious and insidious virus that has found its way into the bodies of nearly 1,000 Americans at the time of this writing, claiming the lives of 29.

While the average citizen is trying to cope with their lives changing indefinitely, an eery forewarning could be found in a VHS sleeve in the cupboards under our televisions for decades.

You will never look at this plot line from Space Jam (1996) again. In the movie, Charles Barkley, who has publicly called for the suspension of March Madness, is among the NBA players suffering from a mysterious illness that zapped them of their talents. What ensued is chaos. Like we’re experiencing now.

“Bacteria like that can travel faster than the speed of light.”

It was literally a scene in Space Jam. pic.twitter.com/vNrUvDqrWO

“After meeting with team owners, I have decided until we can guarantee the health and safety of our NBA players, there will be no more basketball this season,” says the movie’s NBA commissioner.

If this wasn’t spooky enough, allow the consistently clairvoyant creators of The Simpsons to awaken the conspiracy theorist within you.

The Simpsons also nailed the prediction of Tom Hanks being quarantined. 😭😭😭 pic.twitter.com/hwBYJlqZej

Ok, I think it’s time for me to sign off the internet before I have a panic attack.