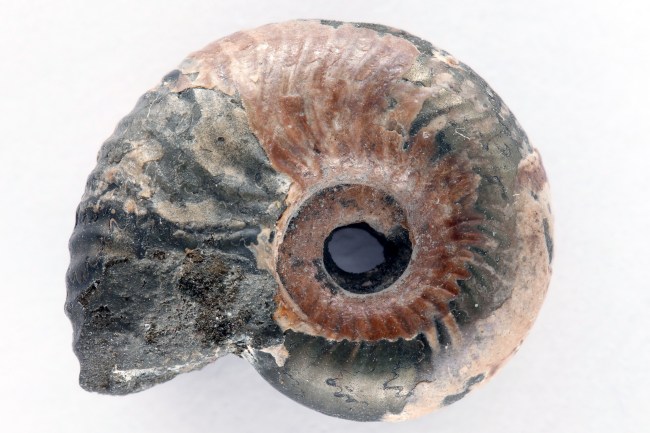 An JV girls soccer game is making headlines today, not for its exquisite, high-level play, but for what a six-year-old girl found on the sidelines while trying to keep herself busy.

Last October, Naomi Vaughan meandered over to some sagebrush by the soccer field during her older sister’s game in Bend, Oregon and was digging around in the dirt when she picked up a small rock. The swirl pattern in the rock reminded Naomi of the necklace from Disney’s Moana. You know the one.

Oregon child finds 65 MILLION-year-old fossil near a soccer field: In Bend, 7-year-old Naomi Vaughan went off to play in the sagebrush surrounding a soccer fields and found what she called a 'Moana rock,' because it reminded her of the spiral amulet from… https://t.co/Kyg4ZGwSEk pic.twitter.com/sK9N3fYDNl

Flash forward six months and the Naomi and her family have learned that the rock is a rare, 65 million-year-old fossil.

According to CNN, the fossil Naomi found was that of an ammonite, “a sea creature that went the way of the dinosaurs millions of years ago.” While ammonite fossils aren’t particularly rare, finding one in Oregon is unlikely. In some instances, the fossil can fetch between $40,000-$50,000.

Because paleontologists don’t know exactly where it came from, it is scientifically worthless, says Greg Retallack, director of paleontological collections at the Museum of Natural and Cultural History in Oregon University.

Sorry, Naomi. Looks like you’re going to have to get a job like the rest of us slugs.