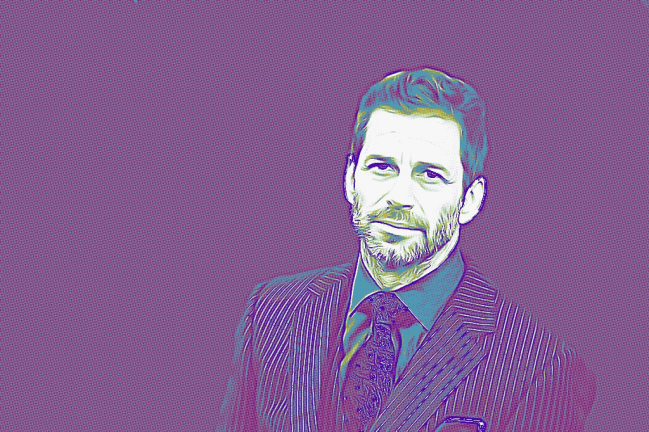 Following close a decade of making movies for a previously existing property (DC Comics), Zack Snyder is now back to creating original films, as his Netflix follow-up to Army of the Dead has officially been announced: the 55-year-old Snyder will next helm Rebel Moon, a sci-fi epic that is being described as an “intergalactic adventure that is inspired by Japanese filmmaker Akira Kurosawa and Star Wars.”

The story is set in motion when a peaceful colony on the edge of the galaxy is threatened by the armies of a tyrannical regent named Balisarius. Desperate people dispatch a young woman with a mysterious past to seek out warriors from neighboring planets to help them make a stand.

“This is me growing up as an Akira Kurosawa fan, a Star Wars fan. It’s my love of sci-fi and a giant adventure. My hope is that this also becomes a massive IP and a universe that can be built out,” Snyder said. [via The Hollywood Reporter]

The phrasing in the title of this article is certainly no hyperbole, as the bones of Rebel Moon were quite literally born out of a Star Wars pitch that Snyder had created over a decade ago, prior to Disney’s acquisition of Lucasfilm. As THR reports, Snyder’s vision was “a more mature take” on the Star Wars universe. After briefly flirting with the idea of turning the project into a series, Snyder and 300 co-writer Kurt Johnstad began reworking it into an original feature.

“I’ve been working on this on the side for so long, it’s pretty far along,” Snyder said.

In addition to Snyder and Johnstad, Shay Hatten — who recently helped write John Wick: Chapter 3 – Parabellum and the upcoming fourth and fifth installments in the franchise — will also co-write the script.

Rebel Moon will be Snyder’s next film and is currently slated to begin production in the first half of 2022.