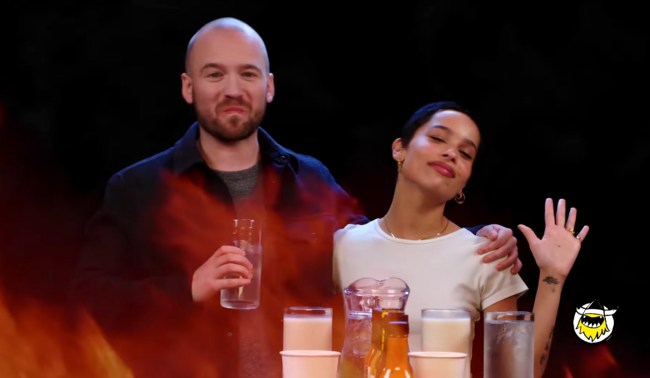 Zoe Kravitz, who will be playing Catwoman in the next Batman movie, is the latest celebrity to take First We Feast’s “Hot Ones” Challenge. And she, unlike Margot Robbie before her, handles the wings of death like a true champion.

Kravitz, 31, is actually on the show talking to host Sean Evans (who has the best job in the world) about her upcoming new show on Hulu called High Fidelity, but the two of them cover mostly other things like pancake breakfasts with Prince, throwback fashion photos, all while Kravitz eats all 10 hot wings without taking a single sip of water, milk or beer. Though she does decide after eating all those wings, and giving a final promo for her new Hulu show, that she will finally drink the beer, but just “for fun.” Amazing.

Not that the wings didn’t affect her at all. Kravitz at one point in the eating session had to take a minute after saying, “This, is, gnarly shit.” 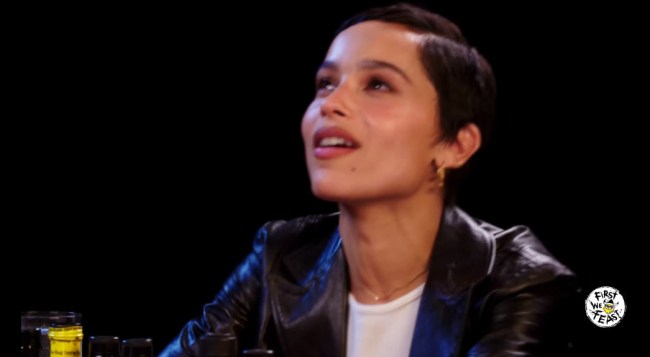 She also, like Robbie and many others prior to her, had to take her jacket off because she was getting a wee bit overheated from the hot sauces.

“This is for dramatic affect, by the way,” she said while doing so. “I’m totally fine by the way.”