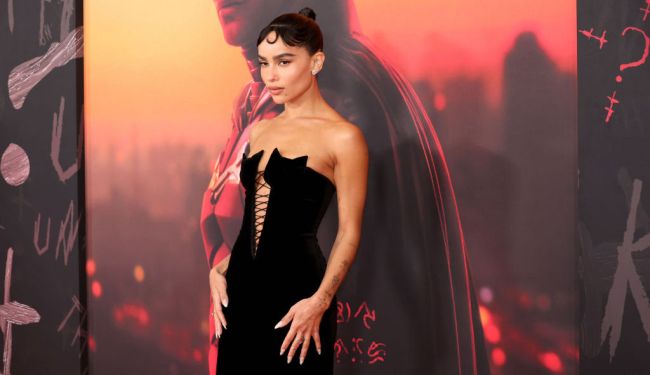 Following the release of The Batman in early March, there was about a two-week stretch where Zoe Kravitz — who starred in the film as Selina Kyle/Catwoman — was the hottest thing on Earth. Tons of memes about how impressive it was that Robert Pattinson’s Batman was able to continue focusing on fighting crime while Catwoman was throwing all sorts of looks his way.

robert pattinson is stronger than me bcs if zoe kravitz looks at me like this i’d be i don’t know?? pass out? pic.twitter.com/pSUQhVBg3D

Just a few weeks later, though, Kravitz quickly found herself on the other side of the internet coin, as she almost got herself canceled following some comments she made about the infamous Will Smith slap.

Following the event, Kravitz posted a photo of herself at the ceremony with a caption saying “Here’s a picture of my dress at the show where we are apparently assaulting people on stage now.”

This, however, remarkably backfired as the internet then dug up comments she made a few years back about Smith’s then-14-year-old son Jaden:

“There were moments that I was hanging out with Jaden and thinking, I can’t believe you’re 14, I have to check myself, like what I say to you,” she said.

Like it usually does, the internet moved on quite quickly so Kravitz simply had to weather the storm for a bit. And now that the storm has passed, the actress has addressed the internet and her takeaway is that it’s now a “scary time to have an opinion.”

“I’m torn about what to say right now, because I’m supposed to just talk about it; I have very complicated feelings around it. I wish I had handled that differently. And that’s okay,” Kravitz told The Wall Street Journal.

“It’s a scary time to have an opinion or to say the wrong thing or to make controversial art or statements or thoughts or anything. It’s mostly scary because art is about conversation. That should, in my opinion, always be the point. The internet is the opposite of conversation. The internet is people putting things out and not taking anything in.”

Able to survive potential cancelation, Kravitz’s directorial debut Pussy Island — which stars Naomi Ackie and boyfriend Channing Tatum — will be released next year. She’s also certainly return as Catwoman in The Batman sequel whenever it comes out.

RELATED: The Absolute Best Part Of ‘The Batman’ Has Been The Memes About Zoe Kravitz