Alex Trebek Talks About Doing Cocaine, And The Time He Ate 5 Hash Brownies And Partied For 3 Days 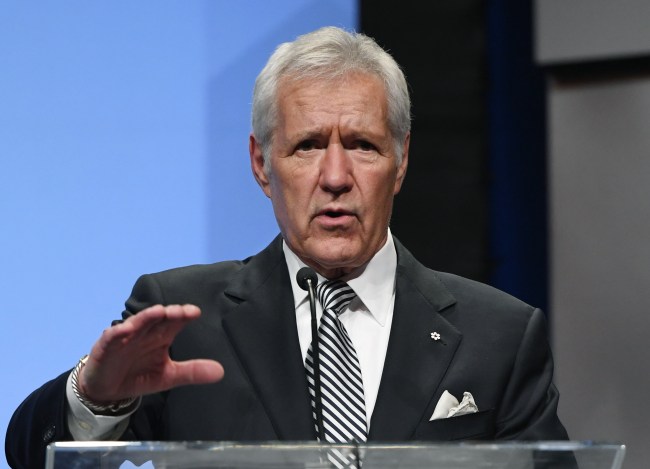 Earlier this week ‘Jeopardy!’ host Alex Trebek went on Howard Stern’s radio show to talk about life, how he lives it, and his rare brush with partying. The clip below starts off with Alex Trebek discussing how he’s lived most of his life as if he were going to one day go into politics. He made sure to live a life without being surrounded by riffraff, and without putting himself into compromising situations…mostly. He then gets to a segment where he and Howard discuss drugs, and they get onto the topic of Trebek’s brush with ‘hash brownies’. Listen:

Aside from this being a truly great listen, the only thing that truly drives me insane is that they’re lumping marijuana in as a drug.”Did you ever get into drugs? You never smoked marijuana?” — Howard Stern

Why, why Howard? Why must you lump weed in along with the hard drugs of the world? It’s has the same legalization as alcohol in several states across the nation, but you want to put weed in the same conversation as cocaine?! Come on man, that’s a clown move.

As for Trebek, I have to say he doesn’t strike me as a guy who would ever try blow, but it’s somewhat reassuring to know that a man who takes himself so seriously is still capable of partying from time to time. And when ti comes to eating too many (or too strong of) pot brownies, that’s something I can 100000000% relate to, Trebek. Just this year I experienced a similar scenario, though I wasn’t bed ridden for 3 days at a party. I did however come out on the other side and blog about the story, and also wrote up this piece on ‘How to Make Weed Brownies‘ so nobody will suffer the same fates as us.