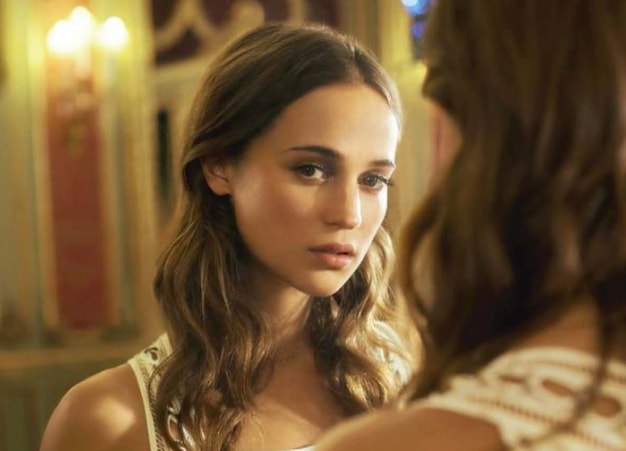 The Swedish actress, who won an Oscar last year for her role in The Danish Girl, definitely looks the part of Lara Croft. Vikander is seen running, jumping, and climbing in the first photos of the Ex-Machina star in the reboot.

Dominic West (300 and The Wire) will play the role of Lara Croft’s father, which was previously Jon Voight. It also stars Daniel (Wu Warcraft: The Beginning) and Norwegian Roar Uthaug is the director.

The Hateful Eight‘s Walton Goggins will star as the villain, and is pumped up about the film:

“I’m just so excited about it! I’m such a big fan of Alicia and this director, Roar [Uthaug]. Quite honestly, the script feels like it’s already been in the world, in some ways. The structure and the foundation of this story is so solid and so interesting. It’s so unbelievably entertaining, and yet it’s real in the journey that it takes you on. And this person that I get to play is confused and angry and desperate. I’m just looking forward to getting in his head. I’m really, really, really excited about it.”