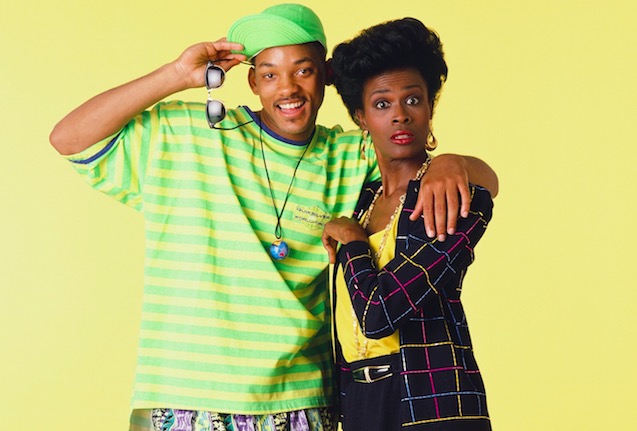 Janet Hubert played the original Aunt Viv on Fresh Prince but left the show in 1993 after three seasons with an axe to grind with the show’s young star, Will Smith. Hubert publicly eviscerated Smith for not helping her and her fellow castmates during salary negotiations, claiming that Smith refused to use his leverage to get them a raise–“My deal is my deal, and y’alls deal is y’alls deal,” Smith allegedly told her.

Smith shot back in a radio interview the year she left the show, saying “I can say straight up that Janet Hubert wanted the show to be The Aunt Viv of Bel Air Show. She said once, ‘I’ve been in the business for 10 years and this snotty-nosed punk comes along and gets a show.'”

Nearly 25 years later, time has yet to heal the wounds, evident in Hubert’s comments about a viral reunion picture Alfonso Ribeiro (Carlton) posted to his Instagram on Monday. The picture was snapped at a charity event Hubert did not attend.

In response to the picture, the 61-year-old Hubert took to Facebook to skewer the cast, delivering a knockout blow to poor Carlton.

“I know the media hoe Alphonso Ribero has posted his so called reunion photo. Folks keep telling me about it. He was always the ass wipe for Will. There will never be a true reunion of the Fresh Prince. I have no interest in seeing any of these people on that kind of level. I am not offended in the least, by this photo… it was an event for Karen’s charity. It does however prompt me to take some meetings in Hollywood to pitch my memoir PERFECTION IS NOT A SITCOM MOM, and tell of the behind the scenes story before I leave this earth.”

She accompanied her rant with a vintage clip from The Fresh Prince of Bel-Air in which the late Uncle Phil says, “What’s wrong with that, sweetheart? Men with money can drive her away in their cars.”

At the time of me writing this, none of the cast member have responded to the dig. I’d be surprised if any of them did, seeing as the show went on for three more wildly successful seasons, lining the cast’s pockets while Aunt Viv locked herself at home writing a scathing memoir.