The 21 Best Stoner Movies To Watch On Netflix 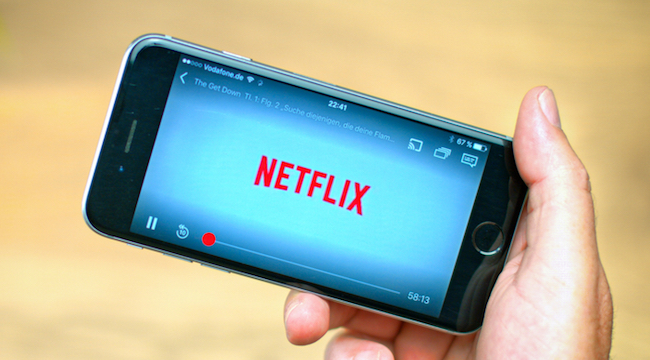 You know the feeling: You get home and your roommate is chilling on the couch. Maybe your day was good, maybe your day was bad. Someone says “Hey, want to smoke?” and the next thing you know you’re puff-puff passing a bong, bowl, blunt… whatever your token method of choice happens to be. But it’s been a long day, you’re bored, and you just want to chill out and watch something. So what do you do? Pull up Netflix Instant, of course.

Believe it or not, there’s actually a solid selection of stoner movies on Netflix. The current library, just updated at the beginning of January, ranges from polarizing political documentaries criticizing the War on Drugs to completely pointless slapstick comedies. The common theme? Weed and smokin’ up, dude. Admittedly, it’s far from perfect. And, unfortunately, it’s missing a few of my favorite marijuana movie classics right now, including “The Big Lebowski,” “How High?,” “Dazed and Confused,” “Harold & Kumar Go to White Castle” and “Grandma’s Boy.” However, if you’re looking for something random and obscure in a pinch during your high times, there’s a lot to watch.

Look, I’m not saying all these movies are good. Some of them are; many are flat out BAD, yet somewhat enjoyable in corny, geek-out cheesiness. All I’m saying is that these 21 movies on Netflix are great to throw on when you’re blazed and looking for something to watch during or after a trees sesh.

Any other suggestions? Your offerings in the comments.

Suggested Munchies: Anything off the McDonald’s Dollar Menu.

Comedian Doug Benson riffs on the same concept behind Morgan Spurlock’s “Super Size Me” and sets out to smoke pot every day for 30 days in a row. Unlike eating fast food for a month, Benson’s physician find no major effects on his health, except for a little bit of weight gain. In fact, his sperm count goes up, as well as his overall score on the SAT. His score on the math part, however, goes down.

94-minutes of Tim Heidecker and Eric Wareheim’s iconic and very, very strange Adult Swim show. There is a loose, weird plot about Tim and Eric getting a billion dollar budget to make a movie, then blowing it all. You’ll geek out when Zach Galifianakis and Will Ferrell make appearances.

The Botany of Desire

If you’re the type of pothead who can space out on the couch to Discovery Channel epics like Planet Earth, Human Planet, and Frozen Planet for hours at a time, watch this two-hour PBS documentary. Based on Michael Pollan’s 2001 nonfiction book “The Botany of Desire: A Plant’s-Eye View of the World,” this film on agriscience explores the complexities of the apple, the tulip, the potato, and, of course, the cannabis plant.

An improvised comedy by Matt Walsh. Features a relatively unknown actor by the name of James Pumphrey, who plays a crestfallen musician that drives a van and sells weed. There is A LOT of trying to get the band back together, along with a quirky, cutesy romance plot. Most notably, Ed Helms makes an appearance.

How about a Canadian stoner movie, eh? This one is about a suburban marijuana-growing operation. Think “Weeds” with way less hot/cool parents. It’s a guy-meets-girl high school movie, except the guy, call him “Quinn,” has hippie stoner parents. After ditching his homeschool upbringing for a “normal” high school experience, Quinn falls and falls hard for his beautiful blonde neighbor. Of course, she has super conservative parents. Bonus: Stars Rachel Blanchard. She’s an “Are You Afraid of the Dark?” alumnus and played Sally, the girl in the very first episode of “Flight of the Conchords.”

The late, great Leslie Nielsen’s swan song. The corny-as-hell plot is about Troy “Slam” Slamsky, a viral video YouTube star (hilariously called “Mespacetube.com” in the movie). His girlfriend pushes him to get a job in advertising to take his viral video skills to the next level. But Slam wants nothing to do with the rat race; He enjoys smoking up with his best friend and making videos. He finds out his girlfriend is cheating on him, so he ends ditching her for another girl. His new girlfriend’s uncle owns a titty bar with mafia ties. Not going to give away the good parts, but things get WEIRD.

See that quote at the top of the poster that says “Better than ‘Dazed and Confused'”? Yeah, no… That dude had to be on something when it said that. But “Dazed and Confused” isn’t on Netflix Instant right now, so you’ll have to settle for a 1994 knock-off, “The Stoned Age.” Set in 1970s California, two long-haired stoners drive around town in a Volkswagen Type III Squareback looking for parties, booze, and chicks. Sex, drugs, and Blue Öyster Cult. 70s-stoner glam, baby.

A film that documents Tommy Chong’s legal problems after the DEA busted him in February 2003 for selling water pipes online. Chong was the only person without a prior conviction to receive a jail sentence for distributing paraphernalia, which caused all sorts of controversy. If you’re not familiar, three years ago I talked to Chong about the incident. Spoiler Alert: Chong does nine months of hard time.

Bong of the Dead

One of those movies you’ll hate-watch while shaking your head, saying “I can’t believe someone made this shit.” Filmmaker Thomas Newman shot the entire thing with a $50,000 budget. The IMDB synopsis says it better than I ever will: “When the world is taken over by flesh eating zombies, best friends Tommy and Edwin figure out a way to benefit from it by turning zombies into fertilizer for growing potent weed! There will be bud.” Yep.

How Weed Won the West

A simple, straight forward documentary about how the thriving medical marijuana has caused an economic boom is California. Very, very heavy on drug policy and failed War on Drugs rhetoric.

Beavis and Butt-head Do America

Jay and Silent Bob Strike Back

In my opinion, every single Kevin Smith movie is worthy of this list, especially “Mallrats,” “Dogma,” and “Clerks” (which is also on Netflix). But “Jay and Silent Bob Strike Back” holds a special place in my heart. For starters, it’s easily the most quotable. If you don’t know the entire opening rap — “15 bucks, little man, put that shit in my hand” — you suck. “C.L.I.T. masters”? Bongsabers? Ball-lickers? Elaborate rants about Internet commenters? A low-brow stoner opus.

Suggested Munchies: A can of Pringles

Snoop Dogg spends 15 years in high school and, via the magic of bad, low-budget cinema, Wiz Khalifa becomes his stoner wingman. Snoop falls in love with a chemistry teacher and suddenly tries to clean up his act. Art imitates life? Nah, not really. Watch it for the soundtrack.

National Lampoon’s attempt to make a mockumentary about marijuana issues. It’s incoherent, not really funny at all, and doesn’t really make an overall point, which is why it should only be enjoyed totally baked.

Suggested Munchies: A sleeve of Oreos

A coming-of-age tale. After a freak-out with his old man, a UCLA medical student hooks up with a free-spirited girl and ends up in a Northern California community of hippie pot farmers. Though he’s uncomfortable at first with his new found surroundings, he eventually “finds himself.”

It has nothing to do with getting high, but this Spike Jonze classic is a total mind-fuck. You’ll never look at the ditches of the New Jersey Turnpike the same ever again.

Look, let’s get one thing straight. This documentary is about HEMP… Not ganj… HEMP. H-E-M-P. In other words, most of the film’s appeal is for the Birkenstock Green Party set, not your average Joe stoner. But here’s why it’s worth watching: Woody Harrelson. Did you know Harrelson is a dedicated hemp industry activist? Yeah, me either. Now you know.

The masterpiece that started the stoner movie genre.

A beloved cult comedy by David Wain and Michael Showalter about the last day at a fictional Jewish summer camp in 1981. Hilarious and completely off-the-wall.

Suggested Munchies: A pint of Ben & Jerry’s Half Baked (vanilla and chocolate ice cream with fudge brownies and half chocolate chip cookie dough).

The ultimate and most quotable stoner movie of all time. In fact, I’m pretty sure this movie alone spawned the phenomenon of many-a stoners naming their glass “Billy Bong Thorton” and “Wesley Pipes.” “Fuck you, fuck you, fuck you, you’re cool, and fuck you, I’m out!”