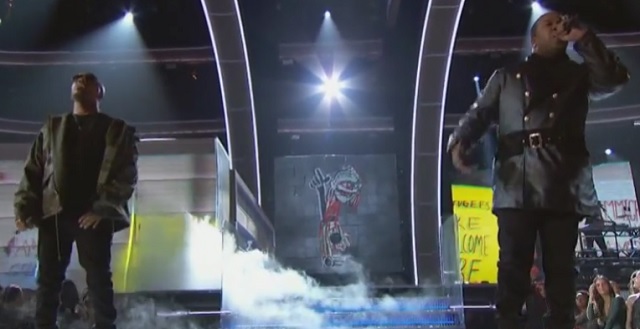 A Tribe Called Quest took a stand at tonight’s Grammys against President Donald Trump. It all started with Busta Rhymes joining ATCQ’s performance of their song “We the people”. The performance started with Busta calling out “President Agent Orange’ for “perpetuating all the evil throughout the United States” and unsuccessfully enforcing the Muslim ban.