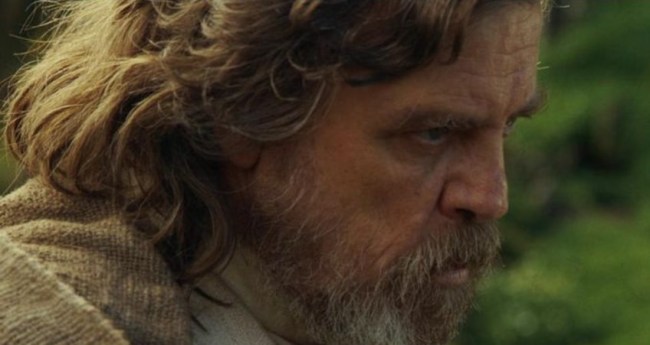 Sure we were just gifted the first Star Wars spinoff with Rogue One. Thanks. Now give us MORE Star Wars!!! Greedy Star Wars fans consumed Rogue One and loved it. The film crushed at the box office where it has made an astounding $914 million, plus received 85% positive reviews on Rotten Tomatoes and an 8.1 rating on IMDB. But Rogue One is so last month, where’s our Episode VIII?

You’ll have to wait nearly a year for the next chapter of Star Wars, but Episode VIII director Rian Johnson has revealed some interesting tidbits about the upcoming film. The 43-year-old Johnson, best known for Brick and Looper, talked to USA Today and divulged five things will have you excited for Episode VIII.

1. Episode VIII Already Has A Title

The last chapter was of course “The Force Awakens,” but what will Episode 8 be titled? The title is already known and in fact has been set for a couple of years now.

“It was in the very first draft I wrote,” Johnson says.

So what is it? The director wouldn’t reveal the title, but said it would be released “All in good time, my friend.”

“I want it to be a blast and to be funny and to be a ride the way The Force Awakens and the original Star Wars movies were,” Jonhson said.

Don’t you fucking dare try to make it “fun” with the hilarious hijinx of Jar Jar Binks.

3. You’ll Find Out More About The Characters Of The Force Awakens

Episode 8 will pick up where Episode 7 left off and that means it will feature the compelling characters such as Rey (Daisy Ridley), Finn (John Boyega) and Poe Dameron (Oscar Isaac).

“I wanted to know more about each of them, and that doesn’t just mean information or backstory,” Johnson said. “Figure out what’s the most difficult thing each of them could be challenged with now — let’s throw that at them and dig into what really makes them tick by seeing how they handle that.”

So do Rey and Fin fuck or what?

4. Rey Has A Strong Relationship With Luke Skywalker

Episode VII left with that memorable scene with Rey delivering an old lightsaber to Luke.

“Both not knowing what’s going to happen and also having a lot of expectations in her head about how this is going to go,” Johnson says. “It very much feels like what we all go through in adolescence, the dawning of this new chapter of our lives.”

The director said that Episode VIII will head back to familial themes, which have always been critical in Star Wars. “A huge part of especially Rey’s character, something that was a really powerful part of her setup and something I really wanted to dig into with this.”

5. Luke Skywalker Will Be Genuine To The Original Jedi Hero That We Love

When Johnson was asked about how he is molding Skywalker’s character the director said, “I’m approaching it with a take that I hope feels honest and real and is going to be interesting to folks and make sense.”

There’s only 338 days and 11 hours until Episode VIII arrives in theaters.