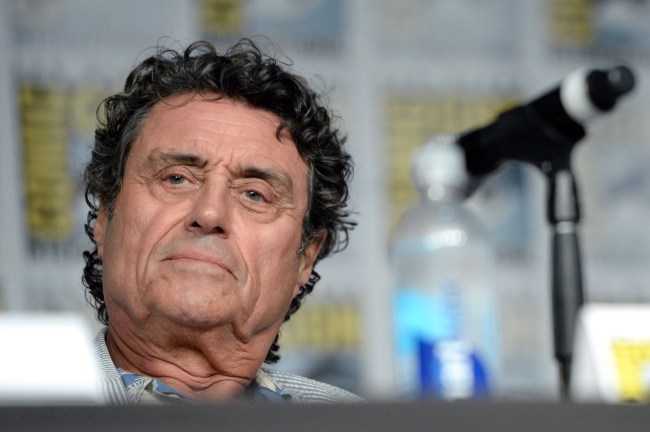 You may remember Ian McShane from his 15 minutes of screen time as Brother Ray in the season 6 premiere (the one where the Hound returns). You may also remember in the lead up interviews to the season 6 premiere, McShane hinted that the hound would return, sending die hard Game of Thrones fans in cahoots.

Ian McShane to Game of Thrones fans : “Maybe you should get out a little more” https://t.co/F1q0oqQft2 #Interview #Brother_Ray pic.twitter.com/mJA6Ev0Ohy

In an interview that appears in the April issue of Empire Magazine, McShane tells the fans who were upset about the spoiler to sit on a cactus, essentially.

“Can you believe it? ‘Oh, you’re giving it away,’” McShane said. “Firstly, you love it and secondly, you’ll have forgotten by the time it comes out. And what am I giving away? A character beloved by everybody returns. Get a fucking life. The show is huge but some fans seem to identify with it [too closely]. You want to say, ‘Have you thought about your lifestyle? Maybe you should get out a little more.’”

McShane’s antagonistic perspective on the show and its fans has been well documented. When McShane let slip faced the backlash for his slip of the tongue, he shrugged off the comment and roasted the show for being about “tits and dragons.”

What’s wrong with that, Ian. I love both of those things.