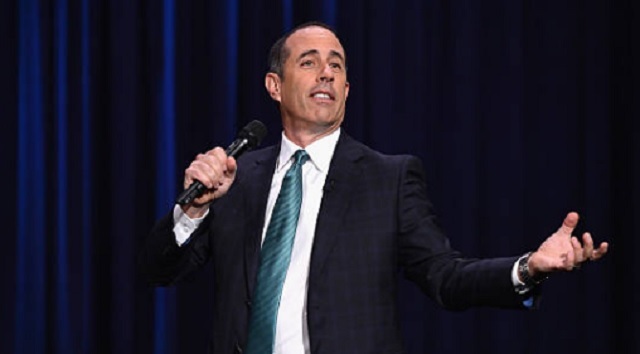 Jerry Seinfeld is on a roll this week. Just a few days ago the veteran comedian and the star of the classic sitcom “Seinfeld” curved pop star Kesha when she tried to give him a hug on the red carpet at a recent event.

Now Jerry is apparently taking shots at the Kardashians during an interview with MR.Porter

The one time I really, really got upset was when my daughter was watching the Kardashians on her phone in her bed and I could not take that scene.

“For someone who for their whole life, television was the Olympics of being a comedian. It was only for the very best. You had to have everything. You had to go through all the different hierarchies of your career to get to television.”

I’m pretty sure I would pay to watch a weekly show that consists of Jerry Seinfeld reacting to dumb current pop culture trends.