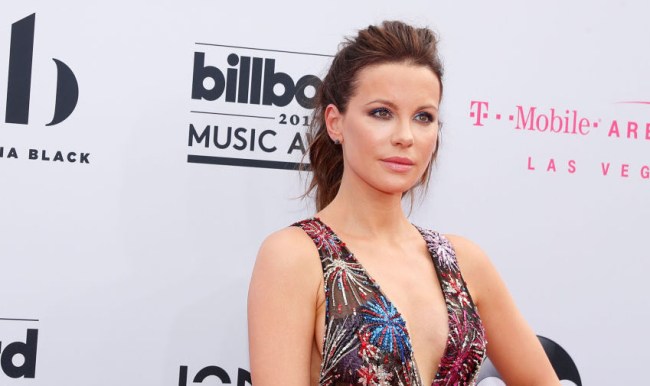 I’ve said many times that I believe Kate Beckinsale, based on the superficial knowledge that I have of her, seems like she would be an awesome wife. She’s a super talented actress, she one of the funniest people you’ll find on social media, and she’s gorgeous. There is literally nothing not to like about her. Which makes it all the more strange that she’s divorced.

So the fact that she is now dating a 21-year-old comedian from Ohio who is probably best known for appearing on Wild ‘N Out on MTV gives hope to us all. I mean, if this unusual pairing can happen, what’s to say something similar can’t happen for the rest of us?

The 43-year-old actress is dating actor and comedian Matt Rife, a source close to Beckinsale tells ET. And the couple isn’t shy about their relationship — the two were spotted kissing outside of Villa Lounge in West Hollywood, California, on Tuesday.

Our source tells ET that Beckinsale met 21-year-old Rife through a mutual friend, and that they’re “officially boyfriend and girlfriend.”

“They quickly started flirting, went on their first date and it’s continued since,” the source says.

ET also says that Kate’s entire family thinks he is the nicest and most lovely person. Amazing. She’s two years older than Rife’s mom and he is three years older than Beckinsale’s daughter, and yet here they are.

What an inspiration these two are.

So to recap, this guy…

Is dating this woman…

I must know this man’s secret. Maybe women love a sense of humor way more than I realized…