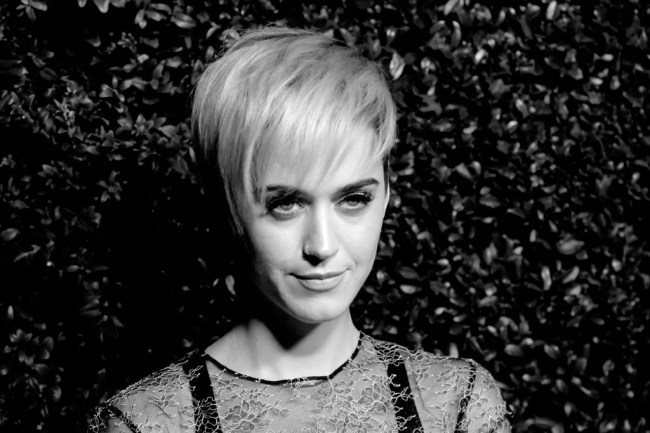 Katy Perry has been very visible on social media of late as she tries to drum up interest in her new single “Bon Appétit.”

She got herself a super short new haircut that makes her look like Guy Fieri and has been imitating the Kardashians.

Amazingly, however, it was her hair and not the Kardashian love that triggered people getting fired up on social media.

“Oh, someone says, ‘I miss your old black hair,'” said Perry, who then replied with, “Oh, really? Do you miss Barack Obama as well? Oh, Okay. Times change. Bye! See you guys later.” That was followed by some laughter and Perry saying, “I should leave now.”

I'm sure we can all do without @katyperry right ??? #Loser pic.twitter.com/r9bQcuaCBi

Wow Katy Perry. The reference to former Pres. Obama was offensive & a poor, tasteless attempt at humor. Your privilege is showing.

What does black hair have to do with Barack Obama? You're cancelled @katyperry.

Not Katy Perry pretending to be a woke activist then making an insensitive joke comparing her hair to Obama pic.twitter.com/uex3jZ8orS

Katy Perry really fucking tried it with that white ass joke. What does Barack Obama have to do with your dry ass white hair?

It's been a long time since I cringed as hard as I did when I saw that @katyperry "do you miss Barrack Obama" video pic.twitter.com/Y28dyQf5hE

And she does THAT laugh that whites do when they KNOW exactly what they're saying. @katyperry you disgust me.

and katy perry wonders why she's flopping and why no one likes herhttps://t.co/foNX0mMIAC

Sometimes when I think that the world is an awful place, I remember that Barack Obama has more Grammys than Katy Perry, and I feel better.