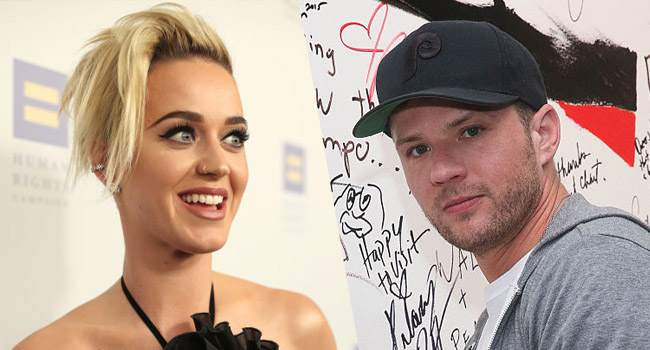 Oh yeah, here’s how the rumor got started…

“Katy Perry and Ryan Phillippe were totally flirting at Elton John’s birthday party! They were seated at separate tables but he made his way over to her and sat down next to her,” an eyewitness told HollywoodLife.com EXCLUSIVELY. “She was totally giggling and at one point he had his hand on her knee. Then he took off but came back late with for more flirting!”

No wonder it was an EXCLUSIVE. Because it wasn’t true, something Phillippe made VERY clear on Twitter…

I AM NOT DATING KATY PERRY. BARELY KNOW HER. PLEASE STOP FLYING HELICOPTERS OVER MY HOUSE. SHE IS NOT HERE.

Hi, nice to meet you, sorry bout that @RyanPhillippe carry on, lol.

Can u let me out of this basement pls? https://t.co/I2WKOsIxak

Awesome. Naturally he HAD to respond to that.

Oh yeah, remember how Perry cut most of her hair off earlier this month?

Well, she just cut her hair even shorter. Like, A LOT SHORTER.

Hmmm… not sure how I feel about that. Have to see it without the hood before I render a final verdict.