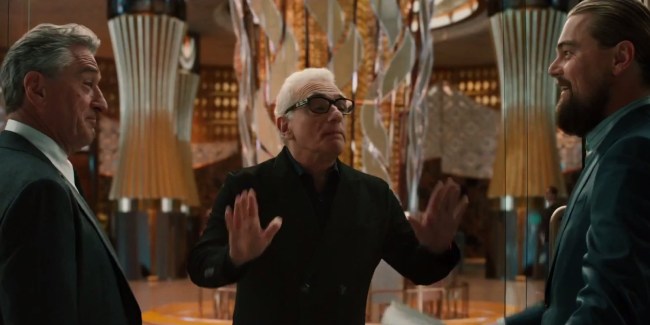 There’s no denying that Martin Scorsese loves working with top-notch actors including Leonardo DiCaprio And Robert De Niro, who he has made the lead in some of his most memorable films. Despite the endearment of DiCaprio and De Niro, the legendary trio have never worked together in the same movie (Only a well-financed and wonderfully produced commercial for a hotel and casino in Macau, Hong Kong). But there might be a movie with all three Hollywood luminaries coming soon.

Deadline is reporting that the talented trio are interested in an upcoming movie.

Eric Roth feature film adaptation of David Grann’s book Killers Of The Flower Moon: The Osage Murders And The Birth Of The FBI may end up with another few good men. We hear that Imperative is working right now to put together some A-listers for the big screen; first choices happen to be Martin Scorsese, Leonardo DiCaprio and Robert De Niro, and we hear the three are seriously considering it.

The film based on the book, which the rights were bought for $5 million by Imperative Entertainment, have said to have attracted other notable actors such as Brad Pitt and George Clooney.

Scorsese and De Niro are working together on the upcoming movie The Irishman, which Netflix paid $120 million for worldwide rights to the near-lock blockbuster. The Irishman documents the life of Frank Sheeran, a Teamsters official who confessed to killing Jimmy Hoffa. The movie is said to reunite an ensemble cast of De Niro, Al Pacino, and Joe Pesci.