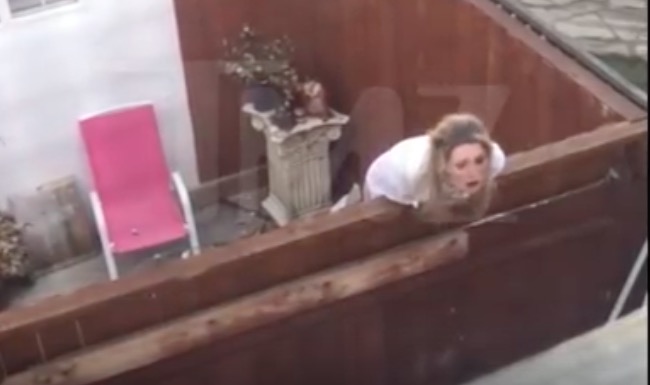 You bros may remember a couple weeks back, former OC star Mischa Barton was recorded incoherently babbling at a high volume on the patio of her home (video at bottom).

The video was shot shot the day after Mischa Barton’s 31st birthday, where she claims someone slipped the date rape drug GHB into her drink. GHB is a dangerous drug that cause euphoria and amnesia and can disable a person from resisting a sexual attack or even from taking care of themselves while they are under the influence.

The below 911 recording obtained by TMZ are the voices of her neighbors, who reveal that Mischa was hanging over the rails and continuously threatening to kill herself. One of the callers said that authorities should know where Mischa lives because they allegedly have to come out every few months when she exhibits similar behavior–this, of course, flies in the face of Mischa’s ‘date rape drug’ claim. Barton was also placed on an involuntary psychiatric hold back in 2009.

Hopefully Mischa can get the help needs. Sad stuff.