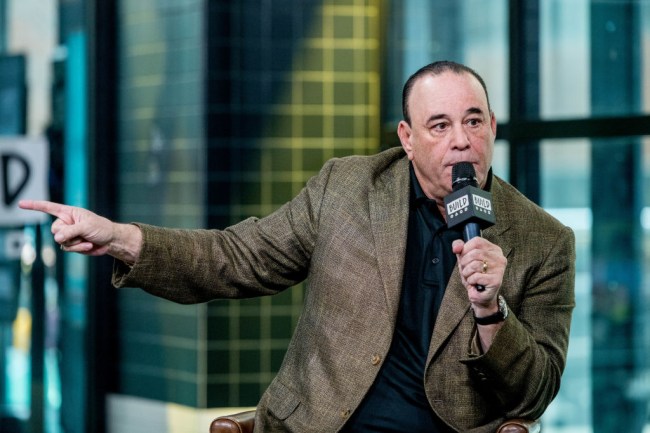 We will always be big Jon Taffer fans here at BroBible, but apparently not the superhuman bar-saving demi-god that he acts like sometimes on his show, Bar Rescue.  By nature, a reality series like Bar Rescue is bound to have its share of hits and misses, but the most recent one really has to sting.

A few weeks ago an episode of Bar Rescue featured the LA Brewing Company in Downtown Los Angeles, a neighborhood that’s undergone one of the most impressive inner-city revitalizations in America over the last few years. According to the show, the bar’s owner, a man in the glass/window business named Richard Ramos, invested $250,000 of his family’s money into the business. The massive bar with over 100 beer taps thrived until a legal dispute with other partners caused Ramos to start hemorrhaging money. Ramos claimed he may be up to a million dollars in debt at one point in the show.

So he recruited Jon Taffer and his crew to come in for what was dubbed “The Most Expensive Bar Rescue Ever.” It consisted of added brewing vats to the space to make their own beer and Pour My Beer tables, along with the signature interior face lift Taffer gives to the bars he rescues. Here’s what the Rescue looked like after Bar Rescue lifted the curtain on his overall, which costs hundreds of thousands of dollars.

But there’s bad news. Four months since the rescue, LA Brew Co’s business is still in the toilet. Even with a pick-me-up from being on the show, the business hasn’t been able to turn itself around. Today LA Weekly calls it the “Most Expensive Failed Bar Rescue in History.” Not only did they never use those massive brewing vats for their own craft beer, they abandoned many of the other features Taffer installed in the episode.

But just four months after the SpikeTV show’s host, Jon Taffer, cleaned its 100 dirty tap lines, purchased an idiot-proof brewing system and changed the name to “LA Brew Co” in what a network spokesperson confirmed was the most expensive rescue ever, the place has not maintained many of Bar Rescue‘s changes, according to multiple witness accounts. In addition to never actually brewing a batch of beer, it appears that the bar might be operating on what online records indicate is a suspended liquor license and the whole business is currently for sale on a commercial real estate website.

It looks like, sadly, the owner just doesn’t care about his wateringhole:

Today, many of the show’s suggestions — not to mention the six-figure improvements — appear to have been squandered. On a recent visit, there were only 20 beers on draft, many of them macro beers like Coors Light and Modelo. The automated brewing system (which brews according to pre-programmed recipes and cleans itself) was not installed, though three well-executed house beers of unknown brewery origin — an IPA, a black lager and a blonde — were somehow available. The table-top, self-serve tap system was not only pushed in a corner but didn’t even have a keg attached to it. And those Bludso wings that looked so tempting on TV were on the printed menu but not available to order. Questions about these findings sent to LA Brew Co’s owners were not returned.

The business is also apparently for sale, according to Bar Rescue Updates. An asking price of $650,000 was originally listed:

This beautiful clean classy bar & restaurant is located in the historic Broadway Theatre District in Downtown LA and not to mention the cities new project of revitalization Bringing back Broadway . True opportunity&”

This is far from the first time a bar has failed after a visit from Taffer and the Bar Rescue Team. A few stinkers include the pirate-themed bar in Silver Spring, Maryland from Season 2 that Taffer tried to convert to a post-drinks business lounge. A few weeks later they reconverted it back to a pirate-themed dive bar bar. A similar thing happened at the The Sandbar Grill in Coconut Grove, Florida, which was “rescued” earlier this season and rebranded as The Hot Rock Bar & Grille. They turned their name back to The Sandbar and customers complained about Taffer’s renovations.

I guess that’s the problem with some Bar Rescues: What works universally across the board for saving bars isn’t as formulaic as Taffer leads us to believe. Sometimes while trying to clean up a bar’s image, he kills it’s soul, even if it’s just a corpse with a faint pulse.

I don’t think that’s what happened here, however. Ramos was checked out before Taffer even showed up. I don’t know why he even agreed to the upgrade, since clearly in the episode he was on the fence about it. He should have just cut his losses and sent Taffer to go save another failed bar, but clearly he was already in too deep with production on the show underway.

Now we know that Taffer trying to polish a turd. It’s not his fault LA Brew Co was a dud, but it’s a bummer he even wasted his time trying.