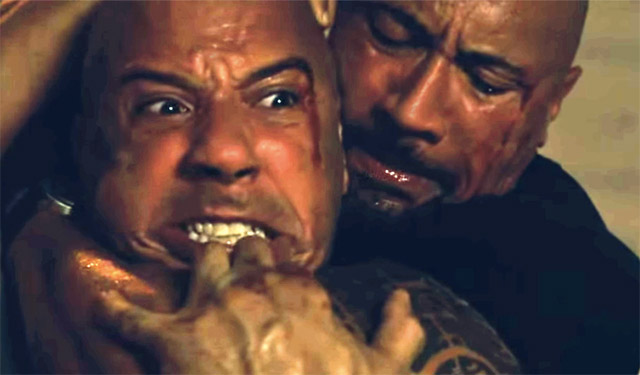 FINALLY, The Rock and Vin Diesel have come back…together…and settled their “candy ass” feud over The Fate of the Furious.

That is, assuming you ever believed it was real in the first place.

I know I certainly didn’t. I figured it was all a work for something to happen at WrestleMania or just marketing for the film.

Turned out that nothing happened at WrestleMania, The Rock and Vin Diesel were nowhere near each other in promoting the film (despite Johnson being RIGHT THERE the day before at one event), and of course, they movie broke all sorts of records.

Which leads us to the fact that now apparently, Dwayne and Vin are ready to let bygones be bygones and are set to do yet another Fast and Furious film together.

Our sources say Vin and Dwayne have met privately several times since animosity between them exploded on the set of “The Fate of the Furious.” We’re told they are “good” and both are “1000% in” for the next flick.

The sources are opening up about the feud … one explaining it was all over “real estate.” In movie language, real estate is all about how much an actor shines — who gets the best action scenes, who gets the hottest girl, who shows off their body more, and who gets the most face time.

It became a big issue for Dwayne and Vin, but ultimately, Dwayne acknowledged it was Vin’s movie — he’s listed #1 on the call sheet.

Funny how a movie making over half a billion dollars internationally on its opening weekend will bring people together, huh?

I still want to see what Timothy Olyphant could have done in the role of Dom though.