Soulja Boy Is Doomed, Mike Tyson’s Officially Gunning For Him 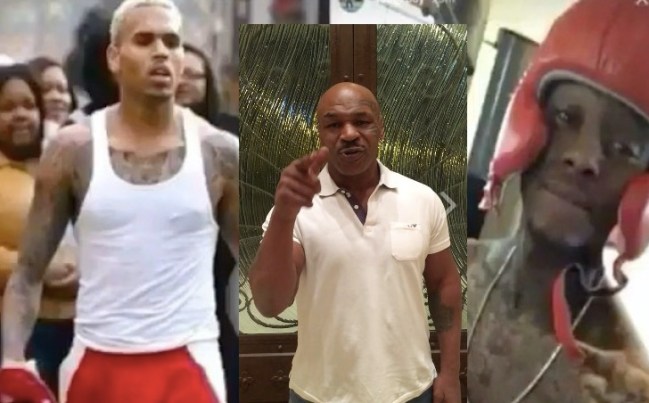 If this is confusing, let me catch you up a little bit. At some point early last week Chris Brown threatened Soulja Boy, with Brown saying he wanted to fight because Soulja Boy ‘liked’ some chick’s Instagram photo. Soulja Boy responded with A HEATED STRING OF TWEETS about how he’d KTFO Chris Brown…Now, things have escalated….Soulja Boy’s got Floyd ‘Money’ Mayweather training him:

Me and my trainer/big brother @floydmayweather #TMT it's official!! 😈👊🏾

If you head on over to Soulja Boy’s Instagram it’s a never-ending stream of posts that are tearing Chris Brown to shreds…and to be honest, it’s amazing.

Bros, I’ve been on vacation for the past 10 days. Traveling through Iceland, freezing my ass off, eating whale, and getting to see the Northern Lights in person (it was awesome). I didn’t realize that news of this ‘Chris Brown vs. Soulja Boy’ celebrity boxing match was already known by the entire world because, for the most part, I tried to stay off my iPhone during vacation except to take pics. So, if I butt fumbled the timeline of this beef at all, I apologize, I’m playing catch up here.